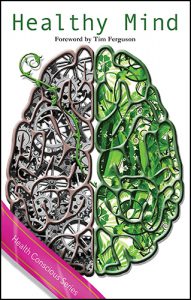 The Health Conscious Series was the brainchild of Blaise van Hecke, Busybird’s director of publishing, and also popularly known as The Book Chick.

The first book in the series, Healthy Mind, featured ten articles from non-competing professionals (e.g. a psychologist, a kinesiologist, a psychotherapist) about practices to keep a healthy mind, each speaking from their own area of expertise. The foreword was written by comedian and actor, Tim Ferguson, who recently disclosed that he has MS.

Something we found as we poured through the Healthy Mind submissions was that some of the pieces overlapped into other areas, i.e. they also became about healthy body, and/or healthy spirit. This shows how intertwined health is.

In pain seminars, they teach the value of context in the way your mind processes pain, and how your body handles that pain. If, for example, you suffer from chronic pain, you might be less likely to notice it, or let it affect you, when you’re on holiday having a good time, compared to if you were working 9–5 in some dreary job. The context changes, so your mind interprets the pain differently, which reflects how much it affects us physically, and then mentally. Then it becomes a vicious cycle: you notice it, it feels worse, and because it feels worse, you notice it more, and on and on it goes.

Conversely, pain affects mood. Anybody who’s ever had a toothache can attest to that. We might be in the greatest of moods, yet wake up the next day with a toothache that drags us down so we’re miserable. People who live with chronic pain often struggle to not only deal with pain, but also navigate everyday life, and duties that they once might’ve taken for granted. Just ask anybody with chronic back problems how they have to deal with picking up their kids, or stooping to do some gardening – things they would’ve once done unthinkingly. These newfound restrictions – if handled incorrectly – remind people what they’ve lost, how labyrinthine their life has become in dealing with their pain, and can lead to issues such as depression, as well as perils (e.g. addiction) those issues invite.

Of course, not everybody has to deal with pain on such an extreme scale. Most of us are just exploring avenues to be as healthy as possible. People often find this increasingly becomes a query as they grow older, and their body struggles to do the things it once did with ease. Some just search for and trial any modalities that facilitate good health. Practices such as yoga and pilates have become more accepted in everyday life, as has the value of walking (how often do we hear about somebody’s ‘steps’?) or hitting the gym regularly, and there’s any number of wonder diets out there.

We’re always searching – for whatever reason – to make ourselves better. 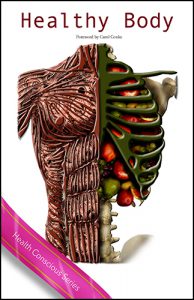 Now that we at Busybird have explored means of keeping a healthy mind, we’re now moving onto Healthy Body, with a range of non-competing professionals discussing how best to keep a healthy body. We’re sure again there’ll be some overlap because, as illustrated, every component of our health is so inextricably interlinked. But the focus will primarily be on the body.

The foreword for ‘Healthy Body’ will be written by Carol Cooke, who was diagnosed with Multiple Sclerosis, and was told to go home and get her affairs in order before she became incapacitated. Instead, she became a Paralympian, and has won a swath of medals in various events all over the world, including Gold at the 2012 Paralympics in Mixed Time Trial T1–2 cycling event. Carol believes that nothing is impossible, and her greatest pleasure is doing – accomplishing – what other people saying she can’t. She now works as a motivational speaker. A dollar from the sale of every ‘Healthy Body’ will go to Go For Gold Scholarship.

‘Healthy Body’ is scheduled for an October launch. If you’d like to learn more about the Health Conscious Series or about contributing to ‘Healthy Body’, you can read about it here, give us a call to talk about it on (03) 9434 6365, or download the contributor’s guidelines here.