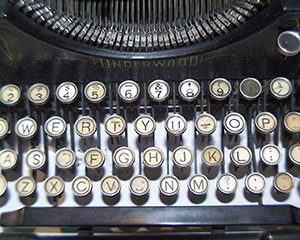 There’s always been a romanticism attached to writing – the thought of sitting up endless nights, pounding away at the keyboard, telling a story only you can tell. Many inexperienced writers visualize themselves as the next Hemmingway, Fitzgerald, King, Picoult, or Rowling. But there’s something these writers – and others like them – have in common.

They are at the very top of the writing tree.

Go into a bookstore, and peruse the shelves. How many names do you recognize? How many of those names are globally recognized? How many of those names are writing bestsellers? The answer to all three questions will be surprisingly few. Yet many believe that if you’re writing and being published that you’ll become rich. Uh uh. Think of writing as comparable to the music industry: is every band/artist releasing songs and albums that chart into the top ten? A few will. Most won’t. Some will disappear without a trace.

That’s not to say you can’t make good money from writing (although, in Australia, it’s harder, given our population), but just that it’s unlikely. Most writers will, in fact, have a full time job that pays the bills and puts food on the table. Or they’ll be working part-time to complement whatever money they’re making from writing.

Oh, but you’re sure about what you’re writing. You have a bestseller!

This belief seems almost a rite of passage for inexperienced writers – they envision themselves as a famous, bestselling author, and daydream about topping the New York Times Bestseller List and giving interviews on shows like Oprah.

You wouldn’t be the only one.

Firstly, let’s address the belief that you have a bestseller – we’ve talked about this in other blogs, but we’ll touch briefly on it again.

Even if you’ve written a gripping story and your prose is beautiful, why will your book bump other better-known authors from prime positions on bookstore shelves? How are people even going to know that your book exists? They’ll just find out isn’t a legitimate strategy. Even people who’ve hired publicists and engage in saturation marketing aren’t guaranteed success. The truth is that if there was a formula to manufacturing a bestseller, publishers – with all their resources and market knowledge – would be employing it for every book. They’re not. They will have best sellers, but also moderate sellers, as well as books that don’t live up to expectation.

Secondly, those few authors who experience fame and success usually don’t achieve it instantaneously. It’s a journey of perseverance: perseverance in writing, getting books out there, and – no matter how much they’d rather avoid it – marketing themselves. It’s a continuing unglamorous slog in pursuit of something that still may never happen, or – at the very least – not happen to the magnitude the writer is hoping.

Now while this blog may be construed as negative, it’s intended to be a realistic appraisal of the writing industry. As sure as you can be of yourself and your writing, you are still at the whim of a subjective market. Getting into a position where you could be considered to have ‘made it’ requires a lot of hard work and patience – and luck.

That’s not to say you mightn’t be an exception. It happens. But don’t use that attitude to fuel your fantasy. Use it to fuel your endeavor.

And keep working at it.