The publishing landscape is always evolving but, despite this, the fundamentals remain the same. If you’re interested in publishing, you can try and get ‘traditionally published’ or, if you want to do it yourself, you can ‘self-publish’. Then, you have what are called ‘partnership publishers’ – publishers who claim they will share the cost and risk of publishing your book. Before exploring each route further, let’s look at what they involve:

A traditional publisher will take on all the financial obligations of publishing your book. You will not pay a cent.

For a lot of people, being published ‘traditionally’ is about validation – it’s about a publisher decreeing your work is good enough to be published commercially and bear their name.

You pay for whatever services you require to publish your book. You then try and get it in bookstores yourself.

A lot of people skimp on what’s required to self publish – we can’t count the amount of times somebody has told us their book doesn’t need editing because they’ve had somebody who has some experience with English (e.g. a Year 9 English teacher) read the book.

It’s up to you to determine what you need, but if you’re going to self-publish it’s worth doing it right and putting your book through the same wringer a traditional publisher would. Don’t ever believe that the strength of your content as a whole will override poor punctuation, misspellings, or a shoddy layout. It won’t. It’ll just make your book look unprofessional.

This is largely why self-publishing once had a stigma attached to it – your book wasn’t good enough to publish traditionally, so you did it yourself, and did a slipshod job. Then you have a chicken-and-the-egg situation: is your book bad because it’s self-published, or did you self-publish because it’s bad?

Self publishing has become accessible due to the evolution of technology, particularly in the realms of print-on-demand (where you can print as little as one copy of your book) or ebook publishing. In terms of hardcopy, you can publish a book that’s indistinguishable from books coming out of the big multinational publishers, e.g. Penguin, Allen & Unwin, Hachette.

If you self-publish, you retain all your profits (minus expenses).

One thing to keep in mind is that a bookstore will take 40% for every book sold (of the RRP), and distributors (an organisation hired to get your book in bookstores) will take 30%. 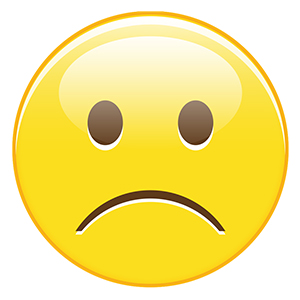 You and the publisher (supposedly) split the cost of publishing your book fifty/fifty.

Most partnership publishers are unscrupulous – we can’t attest to them all, but the ones we know of (through clients who’ve been burned, and come to us) are shameless. They will flatter you and gush over your manuscript. They’ll tell you that you have a bestseller, that the market is just waiting for a book like yours. As a writer, your ego will be satiated. The partnership publisher will convince you to publish, claiming they’ll split costs with you, which means you get to share the profits 50/50. In actuality, they probably don’t put a cent in towards the development of your manuscript. You’ll be paying entirely, while they outsource needs (e.g. editing, design) to subcontractors. The subcontractors will do their best, given that this is their livelihood, but they’ll be paid (low) flat rates and be given limited turnarounds.

The reality is ‘partnership publishing’ is just self publishing, but using a middleman to oversee the process – a middleman who’ll lay claim to your royalties (as well as rights to your book) despite having no investment whatsoever in it. The least investment they’ll have in it is a personal or emotional investment. You at least want somebody who genuinely believes in your manuscript.

If you think you’re looking at a traditional publisher, but they ask you to put money in, you’re actually dealing with a partnership publisher. Often, you won’t be able to tell because they have the transparency of mud. You’d be much better self-publishing with people who are upfront.

At Busybird, we’re always interested in educating and nursing authors, and making sure they have a pleasurable and rewarding publishing journey, so we hope this breakdown has been helpful.

There are the three realms of publishing – two viable, and the other to stay clear away from!

8 responses to “The Different Forms of Publishing”