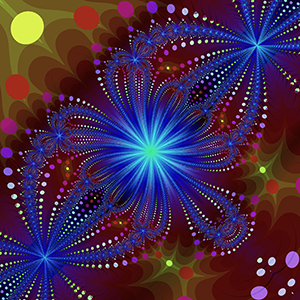 So here we are for our last blog on issues we commonly find in writing.

This week, we’re going to look at some common structural issues – these can range from a single word to the way information as a whole is delivered.

It should be noted that some of these might be considered subjective, but see what you think.

Story Openings
Imagine you opened a story this way …

There’s only the emptiness now, a longing that tears at me. Every night is the same. I wish that, come the morning, things could be the way they were. When I wake, there’s that instant of hope, of what was, before realisation hits.
The rain hammers the roof as I try to sleep. I toss; the bed is too big – too empty. On the drawer, the clock radio’s neon numbers glow at me: 1.12am. I sit up and stare at the open doorway.

The opening paragraph is disembodied. Do we know where we are? Do we know who’s talking? Obviously, we don’t know these things from the beginning of any story – the narrative eases us into the world where we discover this information. But we should get a sense of grounding. This floating, melodramatic opening offers us nothing but mood. That can be used a narrative device, but here it’s tonally empty.

The story would begin much more logically from the second paragraph.

Causality
Why do things happen in your story?

Detective Gallo paused in the middle of the room. The blood splotched on the carpet was an inkblot open to interpretation. An executive chair – a tailored ergonomic recliner – lay upended, surrounded by paperwork. The mess told its own story: the victim fled for the door, the axe came down on his back; he fell, knocked the chair over, clutched at the desk and dragged everything down with him. On the floor, he bled out, and died gaping at the line of abstract paintings – faces disjointed, aghast – that hung on one wall. Minutes later, the secretary returned from lunch – startled, the killer escaped through the window.
What had the killer been looking for?
Detective Gallo shook his head. He yanked open the door, then stopped as he heard rustling. His eyes narrowed. An envelope had slid out from behind one of the paintings, poking out from behind the bottom left corner.

Causality should drive the events in your stories. That means each effect should have a cause. In this above example, instead of the detective just blindly finding this clue, how about he searches the room (cause) which leads to him finding the clue (the effect)?

Think about how the events in your story are driven. Yes, life – and events in stories – can be subject to chance. But don’t forget what bestselling author Tom Clancy said: ‘The difference between reality and fiction? Fiction has to make sense.’ We can accept that in real life, we might randomly bump into a friend we haven’t seen for ten years, who just happens to give us a bit of life-changing information, like a job has opened up just as we were looking for work. In a story, though? It all seems a bit contrived.

Narrative Evolution
How do we get from one sentence to next?

The rain hammers the roof and echoes through my apartment. The bed is too big, a spaciousness that feels wrong.

In this example, how does the sentence go from talking about the rain to the narrator now explaining that his bed is too big? There’s no evolution. They’re just details shoved in to develop setting and mood.

An organic evolution – one the reader doesn’t question, and trusts to take them from Point A to B to C, etc. – is pivotal in good writing.

The rain hammers the roof and echoes through my apartment. I toss as I try to find sleep. The bed is too big, a spaciousness that feels wrong.

Show, Don’t Tell
As writers, we would’ve all heard this at one time or another – show, don’t tell.

Bob was so angry.

This tells us how Bob is feeling. He’s angry. But how could we show this? What are some of the characteristics of anger? Some simple answers are a reddened face, a bulging vein in the neck, a tightening fist, etc. Through showing, this creates a visual for the reader that’s much more evocative than just telling them something.

Exposition
Another form of telling is exposition – when we give the reader all the details they require so that they can then move forward to understand the story.

Bob let himself in through the front door and slumped into his favourite recliner. He wasn’t sure what to do next. His wife had left him for another man, circumstances with which he was struggling to cope. He’d stopped eating, drank too much, and vacillated between fits of sadness and anger. He didn’t know how to go on.

Here, we’ve talked at the reader to deliver all the details of Bob’s life so that they reader has context to move forward with the story.

But how could we deliver this information without relying on exposition? The narrative tells us Bob’s drinking too much. We could show that by Bob hitting the liquor cabinet as soon as he gets home, or beer bottles piled on the kitchen sink. We could show sadness through tears; anger might be expressed by Bob slamming the refrigerator door. The relationship demise might be shown through torn pictures – it might not expressly suggest she ran off with another man, but a picture with a face gouged out strongly suggests that the break up was acrimonious.

There’s lots of ways to show this information. Yes, sometimes, we’ll need exposition; we’ll need to outright tell the reader what they need to know so they have context to move through the story. But other times, we can show circumstances through clever and descriptive narrative. It mightn’t always surrender every precise detail but, sometimes, casting a hook to keep the reader reading isn’t such a bad thing.

The dry cleaner was situated on the north side of town.

With tautologies, we have two words serving the same purpose. Here, we simply have a word that’s not required – in this case ‘situated’.

This sentence could easily be:

The dry cleaner was on the north side of town.

Ashamed to stay at school, he quit. He then resigned from trying to get anywhere in life.

There’s nothing wrong with this passage. But think about the way words flow, the way sentences relate, the way they unfold. There’s a nice symmetry here between the quitting and the resignation, and the sentences here could be condensed to show that interrelationship.

Ashamed to stay at school, he quit, then resigned from trying to get anywhere in life.

We don’t need to spell everything out for the reader.

He stopped and opened the boot of his car; I leaned against a telephone pole, watching.

Do we need to be told that the character here is watching what’s happening? We can only know that the other character has stopped and opened the boot of his car because the narrator has narrated it for us, which means they must be watching. It’s implied. So the ‘watching’ could be chopped. You might only include it if there’s a specific reason you want the reader to be aware it’s happening.

Pulling the chocolate bar from his pocket, he makes a carnivorous sound and tears open the wrapper.

What is a ‘carnivorous’ sound? Even if we were more direct – e.g. ‘he makes a sound like a dog savouring a bone’ – what exactly does that mean? If I’d never owned a dog, I wouldn’t know. Equally, I don’t know what a ‘carnivorous sound’ is. Think of specifics that describe to the reader what exactly is occurring.

Exhausted, I got up from the floor.

Exhausted, I hauled myself up from the floor.

That’s it. Hopefully, you’ve found our three-part series on issues on writing helpful.

It’s amazing what you’ll begin to see in your writing once you learn about issues. Look over some of your old work. Attack it with fresh eyes and a newly informed mind and see how you go.