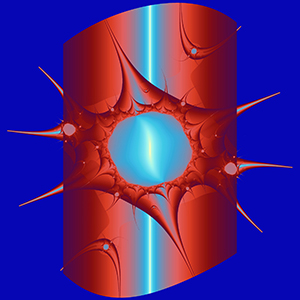 Our last blog looked at some of the common issues we encounter in writing. We’re all culprits at one time or another, and it’s amazing what we begin to see only after we become aware of its existence. Until that occurs, we just merrily write, doing the same things over and over and over.

This isn’t an intended slight. We all do it. And while taste is subjective, what constitutes good prose is generally uniform.

So, this week, we’re going to continue looking at more common issues.

A nuclear explosion wiped out my entire family. It was tragic.

Tragic? That’s the best we can do? Well, I’m sure it was tragic. But what does that mean? Look for expression that’s evocative. Just labelling something with an easy description means little to anybody.

Tautologies
A tautology is saying the same thing twice in different words, or using a modifier that is already stated through implication.

The evening sunset tinged the sky a gorgeous crimson hue.
I’m personally giving you this assurance.
A quick glance over my shoulder revealed he was right behind me.

The evening sunset? As opposed to what? The morning sunset? A sunset can only occur in the evening, so it’s redundant to tell us that. When you give an assurance, it’s implied that it’s ‘personally’ from you. A ‘glance’, by nature, is a quick look.

Suddenly / Sudden
People love to use ‘suddenly’ and ‘sudden’. It communicates impact and drama.

Suddenly, the door crashed open.
I woke with a sudden jolt.

The problem with ‘suddenly’ and ‘sudden’ is that they’ve become overused, and sound melodramatic, like something used in Year 7 English, e.g. I was walking down the hall when, suddenly, a ghost appeared!

Sometimes, that an action is ‘sudden’ is spelled out in the text anyway, e.g., when a door ‘crashes’ open, it does so suddenly. Certainly, doors don’t crash open gently or slowly.

In the second example, think of how to phrase it so we communicate the suddenness of what’s happening without using ‘sudden’.

If you’re going to use ‘suddenly’, make sure the action totally needs it, and it’s describing something that is sudden.

However
The use of ‘however’ has become an easy transition for authors (and particularly nonfiction authors), as it helps them go from one subject to the next with no logical evolution. But the transition of ‘however’ makes it seem logical.

I am studying writing today. However, debate rages on whether Pluto is a planet or not.

It seems like these things are connected, because ‘however’ is there. But they’re not. We’ve jumped between two disparate points.

Think about how you’re getting from one sentence to the next. If you’re using a ‘however’, you may be using it transitionally as a convenience, rather than through any causal evolution.

As far as fiction goes, the use of ‘however’ is also very formal.

Mixed Metaphors
Metaphors are figures of expression that are applied to communicate a certain image. E.g. His anger was like a raging sea. The problem comes when imagery gets mixed up.

The pendulum has turned.

Pendulums don’t turn. Tides do. Give thought to the metaphors that you do use.

Turning the corner, the building leaped out.
I saw the elephant peeking through the window.

Squinting Modifier
With a squinting modifier, it’s unclear whether the modifier is intended to modify the phrase that comes becomes before or after it.

People who drink beer regularly have stomach issues.
After I passed the driving test with the help of my instructor I got my license.

A comma could help separate what’s intended here, or some minor rejigging could provide clarity.

People who regularly drink beer have stomach issues.
After the instructor helped me pass the driving test, I got my license.

Noun / Pronoun Antecedent
The use of a pronoun (he, she, his, her, that, it) will point to the last noun introduced.

Richie found the clam shell on the beach. Later, we went back to the bar and he bought me a beer – that’s when he gave it to me.
Bernice told her mother that she was wrong.

Overwriting
The temptation is to believe that the more details we offer about the same thing, the better we draw our world, and the surer that the reader will get it.

The boy felt for the lock in the darkness, and took a deep breath as a gale screamed portents of doom about the small cabin in the woods. Unlocking the door, the boy stepped out onto the doorstep and closed the door behind him. Although he braced for it, the torrential winds tore through him and nearly carried him from his feet. He was shaken and shivered, soaked through by the rains, the scathing winds icing his exposed cheeks and forehead. He gasped for breath, hugged his arms to himself, and searched the darkness ahead.

Writing doesn’t work on the same principles as infomercials, repeating the same stuff over and over to hammer it into the heads of the audience. In writing, this just dilutes what you’re trying to say. Trust your reader. Use unique details. If you’ve done it right, your narrative will be incisive, rather than a pillow trying to pound in the same message.

Obviously, there’s many ways we could rewrite this example, but one alternative might be:

Taking a deep breath, the boy opened the door and stepped from the small cabin. The rain battered the shivering gums, while the winds shrieked through their branches. The boy hugged his arms to himself and searched the darkness ahead.

‘I really don’t think you know what you’re talking about,’ he elucidated.
‘How dare you suggest that!’ he accused.
‘I think you’re wrong,’ Mary said, loudly.
‘No, you’re wrong!’ Bob exclaimed.
‘Why don’t you—’
‘Oh, go take a flying leap,’ Bob interrupted.

There’s a school of thought that you should only ever use ‘said’ and ‘asked’. As an editor, I think it’s okay to go a little bit further afield. But don’t get too fancy, e.g. he elucidated. That’s just going to stand out to the reader and jolt them from your narrative.

Lastly, try to stay away from modifying the attributor also, e.g. Mary said, loudly. Again, if you’re needing to spell out everything to that extent in the attribution, your dialogue’s not strong enough. Read it aloud. Act it. Is it communicating what you want your characters to say and feel?

Okay, that’s it for this week. In our next blog, we’ll conclude looking at common issues in writing.