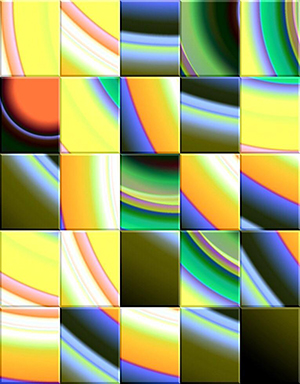 The appreciation of any art form is subjective. We all have different tastes. And that’s fine. If we all had the same tastes, the world would be boring, and art would become predictable as a medium. So diversity of opinion is a good thing.

But, when it comes to writing, there’s some things that aren’t subjective – issues of expression and grammar that are just wrong. These contribute to poor expression, lack of clarity, and weak phrasing. Addressing these as an author can help you tell the story you want to tell powerfully and engagingly.

So, over the coming weeks, we’re going to list a number of things that we see in writing when we assess and/or edit. We’ll do this in layman’s terms (for our benefit, as much as anyone’s), using before and after examples to demonstrate.

General Expression
Writers have a proclivity to introduce a subject in one sentence, and then expand on it in the next.

Neither of these are wrong, and you might systematically build details this way for effect. But, sometimes, it’s just because you’re feeling your way through your narrative, and this can result in details coming begrudgingly. Thus, you articulate them begrudgingly. This example could be simplified to:

He charged through the gold door.

The swimmer was eaten by the crocodile.
Your manuscript has been destroyed.

The crocodile ate the swimmer.
I have destroyed your manuscript.

You may use passive writing for effect. Every awards show does this: ‘And the winner is …’ They do it this way to delay the announcement as long as possible, which builds the drama.

You can often identify a passive sentence by the use of ‘by’.

Is your verb strong enough?
It’s strange that in primary school and high school, we’re taught to use adverbs, but in writing, adverbs are a sign that your verb isn’t strong enough.

She spun quickly away from him.
I ran fast down the street towards my house, scooped up the bat, and hit the burglar hard over the head.

In the first example, the verb is ‘spun’, and the adverb is ‘quickly’. But is there a stronger verb that performs the action of spinning quickly? Think about it.

In the second example, we have a number of verbs and adverbs: ran (verb) fast (adverb); scooped (verb); hit (verb) hard (adverb).

If you look at the breakdown, ‘scooped’ is a great verb. It’s creates a visual of exactly what’s happening. But what about the others? What better verbs would perform the actions we’re describing?

She twirled away from him.
I bolted down the street towards my house, scooped up the bat, and whacked the burglar over the head.

Obviously, there are other options. But this gives you an idea of finding strong verbs to do the job of a verb/adverb combination.

I take a seat.
He shouted at me, which caused me to be upset.
My heart was beating fast.

Take (meh), caused (meh), was (meh)! Is there any power in what’s being said? Reinserting proper verbs restores conciseness of expression:

I sit on the chair.
He shouted at me, which upset me.
My heart beat fast.

Sometimes, you might want the informality of a I take a seat. You might be trying to communicate that casualness. If you’re not, find the right verb for the right job.

Begin / Start
You begin a book. You start a car. Otherwise, ‘begin’ and ‘start’ imply actions that either are never completed, or ongoing:

I begin to tie my shoelace.
I start to wash the dishes.

In neither example has the action been completed. It’s something that was begun … and then what happened?

I begin to tie my shoelace, but feel a twinge in my back.

This shows us that the act was interrupted. Using ‘begin’ is logical.

But what else could happen?

I start to wash the dishes. Bob babbles about his break-up from Mary. ‘She never listened to me,’ he says. ‘Doesn’t matter what I said.’ I put the final plate in the dish rack and turn off the taps. ‘Sorry?’ I say. ‘What were you saying?

Here, the action is ongoing as something else is happening concurrently.

These are the only times you should use ‘begin’ or ‘start’. Otherwise, be direct. Complete the action.

I tie my shoelace.
I drink.

Seem/Seemed
Something is or it isn’t. There’s usually no ‘seemed’ about it.

School seemed to drag even more than usual that day and I kept staring at the clock waiting for the final bell to ring.

Did school drag or didn’t it? If it did, then it didn’t seem to.

School dragged even more than usual that day and I kept staring at the clock waiting for the final bell to ring.

You may use ‘seem’ (or any of the derivatives) if you want to communicate uncertainty, but otherwise think about how absolute whatever you’re saying is.

Nothing modifiers
If you’re going to use a modifier, be definitive. Don’t use anything that has no real qualitative measure.

It’s virtually hopeless.
It is quite hot.
I finally got around to speaking to Jen; she was somewhat peeved it had taken me so long, but it wasn’t my fault. Basically, what had happened was the keyboard on my phone started playing up. The whole phone became practically useless.

How much is ‘virtually’? How hot is it when it’s ‘quite hot’? Words such as ‘somewhat’, ‘basically’, ‘essentially’, etc., give no definitive measure. You might use them in dialogue to convey a conversational tone (e.g in this example practically useless may be accurate), but in prose eliminate them.

Filters
Filters are words we use to connect our characters to their environment or to their inner monologue for the interpretation of the reader.

He saw that she was wearing the blue dress he liked.
I noticed it was beginning to rain.
I realised that she didn’t love me.

We don’t need filters in writing because all the information being delivered is being delivered through the POV of our characters, whether the prose is first, second, or third person.

She was wearing the blue dress he liked.
It was beginning to rain.
She didn’t love me.

You might use filters when you want to draw attention to a character noticing something (e.g. I noticed a drop of blood on her ear), but you can otherwise ditch them.

Expletive Construction
Expletive constructions are combinations such as ‘There was’, ‘There were’, ‘He/she was’, ‘It was’, etc.

There were three boys sitting at the bus stop.
There was a bird singing in the tree.
It is inevitable you’ll understand.

These can be chopped and sentences rejigged to be more direct.

Three boys sat at the bus stop.
A bird sang in the tree.
Inevitably, you’ll understand.

Clichés
Clichés are forms of expression that have become overused and lost all meaning.

The scream echoed through the house and made my blood run cold.

What does it mean when blood runs cold? Obviously, we know what it’s intending to convey, but how effective is it? Think of an evocative way to describe the terror. Look for expressive that is unique.

In our next blog, we’ll continue looking at issues in writing.