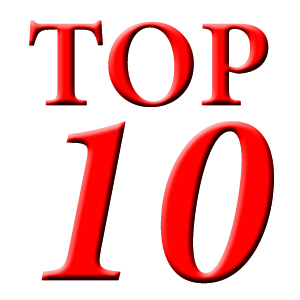 This is my one hundredth Busybird blog since Busybird moved into our Montmorency Studio ~ Gallery.

I thought I’d do something special to commemorate the occasion.

Something that’s never been done on a publishing blog before.

I am now going to give to you the Top 10 Surefire Tips to Writing a Bestseller!

10. Find your own voice, and the process that works for you.
Don’t try to write like anybody else. Write the way only you you can write. Similarly, it’s great to soak up wisdom from other writers and to try things that they say works for them, but ultimately you need to find your own process. What works for me mightn’t necessarily work for you.

8. Get your story out on the page.
Don’t worry about perfection first-up. Get a draft out on the page. Once you have it down, you then have something to work with. You can’t work with nothing.

7. Keep it justified.
If you have a convoluted structure, POV shifts, tense changes, or whatever the case may be, make sure they’re justified, rather than choices of whimsy. Choices of whimsy usually read as random and, well, amateurish. Be justified in your choices. Ask yourself why these shifts might occur. Otherwise, just keep it simple. Write in a straight line: the story starts here, moves forward, and ends there.

6. Write every day.
Writing is about momentum. The less you do it, the harder it is to stay enthused about it, to get back into it, to remember what you’re up to, and what you’ve already done. You’ll find you’re constantly rereading older chapters, trying to re-familiarize yourself with the story. The more you write, the easier it is to get back into, the more you look forward to doing it, and the more your story will open itself up to you.

5. Revise. Revise. Revise.
Don’t think your first draft is gold. Or that going over it once satisfies the demands of revision. The best writers revise constantly. Revise until you can get no more out of your piece. Then put it away for a while. Then take it out. Then revise, revise, revise. When you can get no more out of it, see the next step – but not before.

5. Get an external opinion.
Avoid family or friends or pets who’ll either tell you what you want to hear (‘Oh yeah, it’s totally awesome! Woof!’) or who’ll be destructive (‘Why’re you wasting your time?’). People need to be constructive in their criticism, and justified as to why they believe that criticism is warranted. Find somebody who can do this for you. This might be a manuscript assessor, an editor, a workshop group, a writing buddy, etc. Once this is done and you’ve made the changes required, go to the next step.

4. Revise. Revise. Revise.
Examine the feedback you’ve received. You don’t have to agree with all of it. If you don’t, make sure you’re not being precious. Have a valid rationale for why you disagree. But be brutally honest. Then revise. Revise until you can get nothing more out of it.

3. When submitting, be professional.
Observe submission guidelines. Don’t think you’re so brilliant that you can ignore them because you’ll wow them anyway. You won’t. You’ll piss them off. Do you really want to be a pisser-offer? If you’re rejected, don’t take it personally, even if the rejection isn’t very nice. Don’t think firing off an email suggesting they don’t know what they’re talking about, they missed the point, or they’ll regret the day they rejected you, is going to accomplish anything other than show your lack of professionalism. As an aside, lots of the people who work for these places talk (to one another). Get a bad reputation with one, and it’s likely to spread.

2. Grow a thick skin and learn to persevere.
This industry is subjective. There’s plenty of examples of books that have been rejected repeatedly, but picked up elsewhere and then gone on to be hits, and to win awards. So learn to take nothing personally, even if feedback seems personal, e.g. JK Rowling’s pseudonym, Raymond Galbraith, was told to join a writing class. Use it as a motivator. Persevere.

1. Do you really think there’s a formula for a bestseller?
Nope. Sorry. I fibbed. There really isn’t a formula. Don’t believe there is. What do you think this is – a wonderland? We hear lots of people say, ‘I have an idea for a book – it’s going to be a bestseller.’ Why? Multinational publishers – who are risk averse – only accept books they think they’ll be able to sell. They spend money marketing them. But that doesn’t guarantee success. That’s just the reality of the market. If there was a formula, or unfailing belief was enough, then everybody would be doing it. We just can’t know for sure. At the very best, all we can do is put ourselves out there. And that’s the key.

It’s the only way to give yourself any chance.