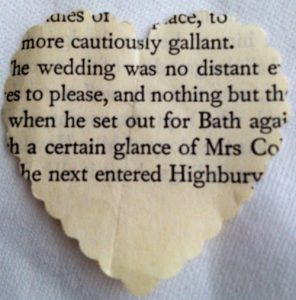 Have you ever wondered about the work that goes into transforming a manuscript into a book once a publisher accepts it?

It’s not as simple as the publisher saying, Hey, that’s great! and then sending it off to be printed. The publisher will put the manuscript through a rigorous process, usually retaining (either on staff, or subcontracting) different professionals to oversee each step. (A small publisher might have people doubling up on roles, e.g. an editor might perform the structural and copy edit.) The publisher will also set a timetable with you, giving you deadlines to hit for each step.

Here now is a breakdown of those steps …

Structural Editing
This looks at the story as a whole and how it functions. Are the plot and subplots believable? Do they need to be rounded out or pared back in some way? Are the characters fully realised? Is the writing sound throughout? Is it overwritten in passages? Underwritten? Unclear? Are their phrases that you rely on that become repetitive? Etc. The structural edit will examine how the manuscript functions (as a whole) on multiple levels (e.g. story, character, prose).

As an aside, it’s your responsibility to get permission for any external material you might’ve used, e.g. passages from another book, song lyrics, images. The publisher won’t do this. Nor will they indemnify you if you have used something without permission and get in trouble.

A structural edit is pivotal. Much (if not all) of this stuff you won’t see for yourself because you’ll have no objectivity in evaluating your own work – especially if you’ve gone over it so often that the words and content have lost all meaning.

Copyediting
Copyediting looks specifically at the grammar, punctuation, spelling, and – if examples remain after the structural editing – if the writing itself is clear. You’d be amazed at the quantity of issues a good copyeditor will pick up.

Publishers (and journals) will also apply their own House Style. House Style is how they like things formatted, e.g. do they use an en dash (–) or an em dash (—)? For dialogue, do they use ‘single quotes’ or “double quotes”? With spelling, do they prefer ‘realise, socialise, terrorise’, etc., or ‘realize, socialize, terrorize’, etc.?

The list behind any publisher’s or journal’s House Style can be comprehensive, and exists to bring uniformity to their publications.

At this point, we’re still working in a Word document.

Note: Both the structural edit and copyedit may be repeated until a desired outcome is achieved.

Layout / Design
A designer will be retained to lay the manuscript out in InDesign – the industry-standard software for book formatting. This is what gets books looking the way they do (just in case you thought people were simply slapping things together in Word or Microsoft Publisher).

A cover will also be designed, (using, as a foundation, a brief the editor has supplied about the book’s content). The author might have some input (and will be able to offer feedback on drafts), but the publisher has a much better understanding of what works and what doesn’t in the market.

Proofing
You’ll be sent a laid-out version of your book (usually as a pdf) to look over. This is not the stage to start rewriting or adding things. All that should’ve been taken care of during the editing. Here, you’re looking only for things that might’ve slipped through (e.g. typos) or issues the layout might’ve introduced (e.g. perhaps you used internal headings throughout chapters, and several have been swallowed up into standard text).

The publisher will also retain a proofreader – somebody who hasn’t seen the document previously (fresh eyes!) – to perform a proofread. The proofreader is the final safeguard in corrections.

Off to Print!
This is when your manuscript becomes a book.

You can see how much work goes into taking a manuscript – no matter how polished you believe it is – and transforming it into a finished product on every level: structurally, the copy, and the design (the cover, and the internal look of the book).

It’s also worth thinking about if you’re considering self-publishing, as too many self-published authors do believe it’s just a case of sending their work to a printer, and away they go. Don’t worry about the content, copy, or look – it’ll wow readers regardless. No. God no. If it was that easy, that’s what everybody (including traditional publishers) would be doing.

Self-publishing is a great alternative. New technology ensures that it’s inexpensive, that you’ll end up with a product indistinguishable from books coming out of the big multinational publishers, and it’s easy to replicate everything they would do for an author.

But if self-publishing is something you’re going to do, make sure you put the same level of work in to do it right.

Be just as thorough as a traditional publisher is.