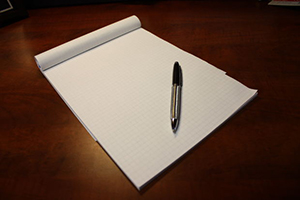 Are you a writer?

Do you feel instinctively that you’re a writer, that you want to write and share stories with a greater audience? That storytelling is intrinsically a part of who you are? That you can’t live without writing? That – whilst you might have another vocation (to pay the bills) – writing is your true calling?

Do you constantly think about the stories you want to write – when you’re at work, when you’re doing stuff around the house, when you’re parenting, when you’re drifting off to sleep? Do the ideas shoot around in your head, exploding like fireworks, demanding your attention?

Do you attend literary functions, like book launches or readings, to soak up the ambience, enjoy the event, and later chat with like-minded people? Perhaps you talk about writing, talk about processes, talk about plans? Or it could be that you’re encouraged to be with people of your ilk and find it stimulating?

Do you immerse yourself in as much knowledge about the craft of writing as possible? Perhaps you read books or blogs about writing? Or maybe you like Facebook pages about writing, and delight in their memes offering titbits of writing wisdom. You might even share the memes, hoping others will also learn from them? Do you make friends with other writers, wanting to build your social writing network?

Do you do any or all of these things?

Well, if you do, there’s something you should know: none of these make you a writer.

Sure, they’re nice and can help you developmentally, but they’re all peripheral to the life of being a writer.

You see, being a writer requires one thing that hasn’t been mentioned.

Now this isn’t aimed at writers who have a library of writing behind them, and might be taking a break between projects. These writers know what writing’s about. Once they have their next idea, you can count on them to work it out, sit down, and write it. They’ve learned the secret of writing is the act of writing itself, that completing anything – a book, a story, a poem, an article, a screenplay – will only ever be accomplished when they write it, however long it takes, however arduous the process, however many other distractions they have in their lives.

Unfortunately, too many ‘writers’ revel in the peripherals, as if that affords them stature. They talk about the things they plan to write, but either never actually write them (citing they’re not quite ready, or they’ve had another, better idea, or that circumstances are getting in the way), or flit between projects, until they have a ton of openings, and nothing completed. They are a writer exclusively through the act of declaring themselves a writer.

If you’re going to be a writer, write.