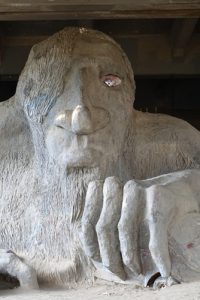 Every story begins with an idea.

Usually, that’s something simple – maybe just an image that flashes through your mind.

A boy who lives in a closet under the stairs doesn’t know he’s a wizard.

Then, you might begin to explore this image. Who is this boy? Why is he under the stairs? Is he hiding? Or is this where he lives? If this is where he lives, what circumstances have put him in a closet under the stairs? How does he find out he’s a wizard? Is his magic already fully-formed? Is it something he has to learn? How does he learn his magic? How does magic function in this world? Is he the only wizard? Are there more? Is there a whole sub-community of wizards? Do the wizards have enemies?

Each question you ask develops this idea. It grows, and as it grows, it generates possibilities. These possibilities become the framework of your storyline. As that framework is constructed, you start to learn more about your characters, the world, and what’s going on.

Through this evolution, everything’s exciting. It’s like reading a good book, but being the first person to discover every single word, every single person, every single event, and you just want to share it with everybody you know.

It’s easy now to let enthusiasm carry you away. Many are carried away, until their story becomes unwieldy. Others ride the mess, with the intent of finding order later. Others are swallowed in the chaos and abandon all ambition of ever finding their way.

Whatever your course, this is where you need to force yourself to stop. A warning, also: Do not let the thought of your own brilliance blind you. You’re better if you lower your expectations, if not unleash not only the critic in yourself, but the savage critic – the troll.

Because this is where you need to test the suspension of disbelief in your story. What is suspension of disbelief? It’s where you create the internal rules that govern your world – this applies wherever your story takes place. These rules dictate how and why things work the way they do. If you don’t have rules, a reader will identify there’s no logic to your story. If you contravene these rules – and, remember, these are your own rules – then, again, a reader will identify a lack of logic in your story.

For example, if you were writing fantasy, how does the magic work? You might have a powerful wizard who uses magic to fight off a dragon in one scene, but then is helpless against a bandit in another. Why? Why can’t they use their magic, especially if it’s been established they’ve used it – and against a greater foe – already? What is the rule which dictates that? Convenience doesn’t work. In this case, the wizard might have a specific spell for dragons. Or he might have time to recite the incantations for the dragon, but be ambushed by the bandit (and thus not have time to prepare). Now we have rules that make sense of things. Readers like sense. It means the world has substance.

Everything that happens in your story has to be believable and internally consistent within the world where everything takes place. You can never have a reader thinking, Why didn’t they just do such and such? or They did this before – why don’t they just do it again?

So attack the suspension of disbelief behind your idea as you’re developing it. Implement rules – they don’t ever have to be expressed for the reader, but they can offer parameters in which you operate, and which govern the evolution of how and why things happen the way they do.