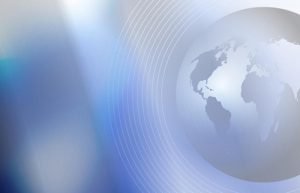 The idea for a novel bursts into your head.

How long do you wait before you start writing? Do you jump right in front of the computer? That would seem the best idea. Get into it. Write. Write. Write. The only problem is how far will inspiration take you?

Unless you’ve had some miraculous inspiration that’s envisioned

you’re going to reach a point in your story where you don’t know what comes next. It happens to the best of us.

Do not trust inspiration – not wholly. It’s the spark. That’s it. It’s not the fire.

The moment you’re inspired, start planning your story. Work out as much as you can of the world your story takes place in. And take this as far as necessary.

If your story is about a family coming to terms with a loved one’s death, you’ll have to map out the family – who’s in it? Who are their partners? Who are their parents and grandparents? Who are the friends of your protagonists? Do they own a dog? A cat? Where does everybody live? What do they do for work? Do they study? Is there anything particular about the characters – e.g. goals (the family might be big in law enforcement but one character wants to go into the arts), conditions (they might suffer depression, or be diabetic)? Where does each character begin and where do they end?

Or you might have a story about a disgraced police detective whose partner is killed, and the detective works the case to find the murder. Why was the partner killed? What was the motive? Who’s in the story? Who are the suspects? What do they do? In what locations will they be found? For example, one suspect might be a bartender. Do they work in a pub, an exclusive bar, or some dive? What areas are covered? What’s the timeline?

You don’t need to know the entire story from beginning to end. Many writers begin with a basic premise that can be summed-up in a single sentence, e.g. Following a death in the family, each family member struggles with their relationships and their place, and must reconcile where they go from here, or To clear their name, a disgraced detective must investigate the murder of their partner. And all you might have outside of that are flashes of what else happens, things that’ll eventually link up.

But work out the rest of it as much as you can. And push yourself. Don’t just leave it at a handful of people and a handful of locations. You’re better off having characters you never use and places that you never visit, rather than coming to an empty hole as to where you go next, and trying to work out what’s needed.

Because that’s what’ll happen if you don’t world-build. Once inspiration burns out and leaves you stranded, the option is to be left in a world you don’t know very much about (outside of your immediate locale), or it can be in a world that you’ve mapped and know intimately, one which presents as many possibilities as things to do and places to go as any tourist location.