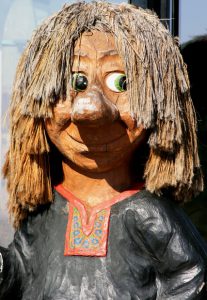 The internet is replete with keyboard warriors and trolls who hide behind anonymity to espouse inflammatory opinions, or to attack and deride others, whilst trying to promote themselves as some omniscient authority.

A few weeks ago, we ran a blog entitled ‘Always Be Hustling’, which looked at the need for authors to constantly get themselves out there to generate interest in their books. Somebody took offense and posted a smarmy response.

We responded to the comment at the time, but will do so again, breaking down the comment. Bear with us, because there is a point to this, and isn’t just a case of oneuptrollship.

So, let me just work this out. You’re involved with a miniature publishing company that nobody has heard of …

Well, obviously they’ve heard of us, because they’re on our blog.

But this demonstrates the mindset of some people. Immediately, they attack. They’re not here for intelligent discussion, but to ridicule.

Busybird may be small, but we’re very proud of what we’ve done. We can only publish a handful of books yearly, but take great pride in each of them. We help authors self-publish, nurturing them through the experience, whilst also educating them on the realities of doing it themselves – not something many of our competitors do. We’re particularly proud of the creative hub we’ve created here in Montmorency.

… and you’re regurgitating what has worked for people who have actually had to do all the difficult work, probably via blogs featuring this very same list a hundred times over?

This comment doesn’t make sense: you’re regurgitating what has worked for people who have actually had to do all the difficult work, probably via blogs …

Let’s take the comment at face value and give the commenter the benefit of the doubt. Regurgitating? Um, no, we’ve actually had to do it ourselves. So we’ve learned this by doing.

If someone has written a book worth selling, they’ve also probably got a deep understanding of their audience and a kind of savvy this columnist is no doubt lacking :’)

Quite possibly the funniest comment made. So, apparently, because you understand your audience, this translates to sales? Haha. The naivety behind this comment speaks of an inexperienced author, one who sits there thinking that whatever they’ve written is brilliant, and it’ll be a bestseller because, damnit, they know what they’re doing.

Understanding your audience and where you book sits in the market is important – there’s no denying that. But what makes your book stand out from the others which sit on the same shelf? From the other books released daily? Oh wait, because they’ve ‘got a deep understanding of their audience’? Hmmm. Okay. I must pass this information onto the big commercial publishers who perform market analyses, invest in PR, and yet can still struggle to sell books. Obviously, their understanding isn’t deep enough.

Yes, the blog mentioned developing an online presence. But this comment implies the blog was exclusively about promoting via social media when, in fact, the blog looked at a few different avenues online, and quite a few avenues that had nothing to do with the internet. Social media was a tiny part of it.

… and no one wants to read Yet Another Blog by a hopeful author.

Well, they read it.

Also please get a better graphic designer for your book covers. Please.

And this idiot closes their comment the way they opened it – attacking. We’re very proud of our designer and all the graphic work at Busybird, but again, the commenter wants to try assert their dominance, like a dog pissing on a nature strip to mark its territory.

They also ignored the link we posted – Jennifer Byrne interviewing Bryce Courtenay, Matthew Reilly, Di Morrissey and Lee Child. These are four bestselling authors who’ve written for multinational publishers, and at the heart of their message was get yourself out there and sell yourself. Take every opportunity possible. Hopefully, the commenter has also emailed them and descried their message.

We don’t write blogs based on guesswork. Advice comes from experience. We don’t know it all (and have never professed to knowing it all), but we have learned a thing or two in our experiences.

You’d have to be megalomaniacal to believe so.

But here’s the point: this blog isn’t just about cutting down some troll.

Working in any creative endeavour, you’ll have your critics. Some will be legitimate. Others will be trolls. The internet breeds them. They amble around, hurling their faeces at any place they believe it may stick. You just have to scan reviews on Goodreads or Amazon to see the way they thrive behind anonymity, trying to find value (and validation) in destroying others – probably simply to feel good about themselves, or because they have a misguided superiority about their own work.

Their responses aren’t a reflection of you or your work, but them, and the people they are.

Don’t ever let anybody like this get you down or have you questioning your work.

They don’t deserve your time.

And, having said that, we won’t spend another second on this one either.