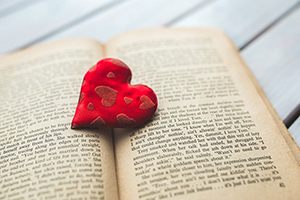 Nowadays, we live in a world where branding is becoming paramount.

Take films as an example – especially ‘reboots’. A concept is taken from decades ago and remade. Studios trade off the original’s currency to bring back people who are familiar with it, and its reputation to herd in a whole new generation or two of moviegoers. As for content?

Well, this is what’s often being forgotten. Hollywood has become a cookie cutter industry of making extravaganzas. They are now just so good at it. The existence of CGI (computer generated imagery) makes it easy to realise whatever’s required, whereas decades ago filmmakers had to be innovative in how they applied special effects.

Consider JAWS – a classic, and regarded as the movie that began the ‘blockbuster’. What some mightn’t know is that the shark was meant to feature throughout the film, but it just didn’t work. Exit shark. Enter some gorgeous storytelling, where we get Chief Brody (Roy Scheider) gazing speculatively at the deep blue sea, or shots of the ocean whilst John Williams’s haunting score pipes in. It creates a sense of foreboding that seeing the shark wouldn’t have replicated. Today, we’d just have a CGI shark – and be poorer for it.

The art of good storytelling has been diminished in film. There are still some great films but, often, we get franchises and blockbusters and movies that look gorgeous, with the story existing only as a framework for the special effects. But they look good, and that’s most of the trick. Twenty years ago, a crap film looked like crap with bad acting, terrible effects, and shoddy sets. Now, a crap film looks great. And that fools people into believing it must be good.

You just have to look at IMDb (the Internet Movie Database at http://www.imdb.com) to see horrible movies that are highly rated. The critics, who are usually the minority, regularly provide thoughtful and constructive analyses as to why the film didn’t work, only to be shouted down by the majority as being biased, ill-informed, or just stupid.

What’s happened is that a new environment has been cultivated, one that’ll nurture crap films, and ridicule those who criticise them. Worse, it’s self-congratulatory and self-sustaining, so that if you throw something mediocre in there, it thrives.

A similar environment exists with books in Australia, given our small numbers, and incestuous publishing community. Everybody knows everybody. Sometimes, it’s not a case of how good you are, but who you know. When a book comes out, reviews are often glowing – sometimes regardless of whether the book’s good or not, because it’s a friend or colleague writing the review.

Recently, I’ve read a number of books that are highly regarded – magnificently regarded. Some are great, and I can see why they’ve gotten the reviews they have. But some aren’t. Obviously, reading’s subjective. You might like something I don’t, and vice versa. That’s fine. But some of these books just aren’t well written, and that’s not subjective. Clunky, clichéd, full of exposition, contrived, shallow, poorly structured … the list goes on. As an editor, I shudder that, firstly, they got through the system, and, secondly, that they’re raved about.

When you don’t like something, it’s often easy to identify why. Something – or a number of things – will stand out. But when you like something, often it just comes down to a general feeling of contentment. Sometimes, it’s even a result of an unconscious obligation. Because others like it, you like it. It can’t be bad if so many people like it, can it?

Try and identify the reasons.

Either you’ll find you don’t like it as much as you thought or, through that analysis, you’ll gain a new – if not higher – appreciation.