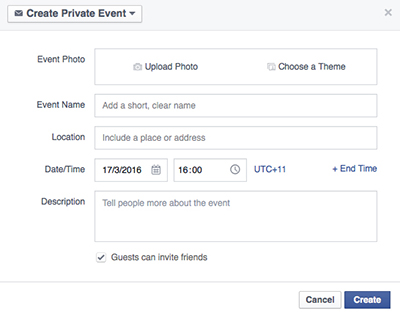 Most people look at promoting as a struggle. But it’s about finding the right place to sell. This could be via blogging, social networking, pod casting or video. When you get down to the root of it, promoting can be easy.

Yes, there are markets out there where you have to pay to advertise, but wouldn’t you rather focus on getting the cheap way out and still have the same value?

This is where the power of social media comes in.

It is the perfect tool for authors to promote themselves and their book.

One type of media is creating an event on Facebook for a book launch.

1. Create an Event and Invite People
You need to create an event for your launch. With this, you can either set it as a public or a private invitation.

But, keep in mind that through invitation this will impact who will see the event, and if they like it then your invited guests can pass it on, “sharing” it so their friends will be able to see it too.

If set to private, then the event is only limited to those who are directly invited.

2. Set the Location for the Launch
You need to decide where this book launch will be located – country, city, etc. Think about whom your audience is, where they live – far away or local? The more specific you are, the better chance the promotion will have an impact.

3. Create a Headline
Creating a compelling headline will grab the audience immediately. It’s important to target the market. E.g.

‘One man, One Crow: A Pathway to Madness’

Think of it as trigger word + adjective + keyword = a promise well kept for the reader.

4. What Genre is Your Book
If your genre is romance there is no point asking people who are interested in thriller to come to the book launch. An idea would be to draw up suggestions. See what fits best and then use that to promote your book. E.g.

‘A stereotypical romance set in modern
society where a stripper provokes
an act of love through a lap dance.’

5. Genre Establishes the Tagline
Ideally, there should only be a few lines in the promotional text. It may be restrictive but do what you must to make the book launch count for something. Don’t use unconventional punctuation or all capitals.

In the film world we like to call this the ‘tagline’. Taglines are used to sell a movie to potential producers or directors. For you, they will be used to promote your event. E.g.

‘You don’t get to 500 million friends without making a few enemies.’
~ The Social Network ~

6. Finally, Create an Image
By attaching an image, you need to make sure that it’s there to entice the audience, so be creative. But, also be clear. E.g. 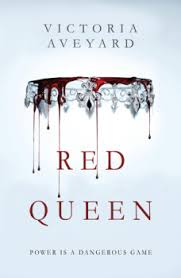 7. Future Considerations?
If you want to add a little extra to your promotion, you can pay Facebook to make an advertisement in the sidebar so that everyone on Facebook can view it. However, it costs around $200 monthly and you will need to have all the things I explained above, plus a link to where your book is sold.

Conclusion
See, promoting your book doesn’t have to be hard, if you follow these suggestions you’ll be able to advertise your book to other mediums as well. They basically hold the same formula as Facebook, but have some varying approaches. Mess around and see what suits you best as an author.

2 responses to “How to Promote Your Book Launch for Free”