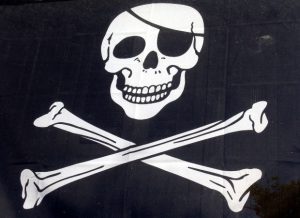 Something we experience frequently here are talking to authors who’ve self-published through a ‘partnership publisher’, but come away frustrated, and sometimes even in tears.

Okay, so the question is, what’s a partnership publisher?

If you submit to a traditional publisher – e.g. Penguin, Allen & Unwin, Text – and they accept you, you incur no costs. They take all the financial risk upon themselves, will assign you an editor, layout your book, design your cover, and market it however they see fit. In return, you might receive an advance (a sum of money up front), and then royalties from each book sold – usually about 10 or 12 percent. Arguably, the boon in being accepted by a traditional publisher is the validation of being accepted, and the branding of having that publisher’s emblem on your book – usually a mark of quality.

Now what’s happened with some partnership publishers is they’re preying on naïve authors and claiming to operate on a model similar to traditional publishers. Usually, this is done when they ‘assess’ your book, and deem it worthy of publication. They make out this is similar (if not the same) as submitting to and getting accepted by a traditional publisher. The one difference is you pay for the assessment. Then they’ll flatter you, ‘accept’ you, and then talk about sharing costs to bring your book out into the world. Whether they contribute to costs is anybody’s guess, but it’s likely they don’t.

If you’re paying to bring your book out into the world, then you’re self-publishing. Don’t let any partnership publisher convince you otherwise. It’s great to be told that you’ve been accepted, it’s validating, it’s flattering, and as a writer, it’s about the most blissful feeling you could experience, but you know what? These people would accept gibberish. That’s not to denigrate your writing. It’s just how they operate. They’re not interested in quality, they’re not interested in contributing to the literary community, they’re not interested in sharing your story with the masses and trying develop a readership for you. They only want your money. That’s it. If they did earn royalties through your book, that’s a bonus (for them). But even that’s double-edged. Likely they’ve made some insane claim on your royalties (e.g. 50 percent – and let’s not forget, they’ve invested nothing in its production, other than being a medium who subcontracts the help).

With these klaxons sounding, you’re probably thinking that these partnership publishers are disreputable, and they operate from the shadows. They don’t. They’re right in the open and seem upstanding. They advertise on a national (and sometimes international) scale in reputable magazines, feed off your inexperience, thrive off your insecurity, and exploit your ego. This makes them sound insidious. And some of them are. I cannot say this enough: they only want your money.

There’s nothing wrong with self-publishing. It had a stigma twenty or so years ago, because people were releasing anything, and at the time, self-published books looked self-published – the paper stock was wrong, the layout was clumsy, and the binding (looked) like it had been stuck together with a glue-gun in somebody’s garage. But the publishing industry and all the services contained therein have become cheap and accessible. You can release a book now that is physically indistinguishable from books being released by multimillion-dollar traditional publishers, and it’s inexpensive.

Just be aware who you go to if you self-publish. We hear so many of these horror stories – people giving up so much money, giving up their life savings, and getting little in return. It’s why we try to nurture authors who come to us. So find somebody reputable, who cares about your book, and cares about helping you try to make it the best book that it can possibly be. Find somebody who won’t make claims on your royalties and try to retain ownership over your work for their own benefit.

Don’t be blinded by those who’ll tell you what you want to hear, and obligate yourself to deals that’ll ruin you financially – especially if you’re banking on income from your book. Not a lot of writers make money from writing. Sorry. That’s just reality, wherever you publish. You might. It happens. But it’s rare. So don’t go all-in, and especially don’t go all in because you’re being told what you want to be told.

There’s a lot of good people out there.

Do your research and find them.