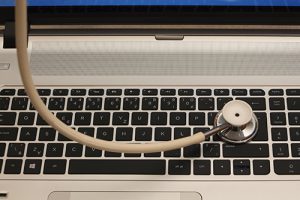 So you’re going to submit to a publisher, and have – according to the publisher’s guidelines – only a single chapter to hook them.

This first chapter is pivotal because it will be the publisher’s first impression of your book. You don’t make a great first impression, that will be it. They’ll either dismiss you, or you’ll be struggling to win their favour.

So how do you make your first chapter as tight and sparkling as possible?

Here’s some things to look out for …

Clichés
Cliches are phrases like, ‘In the blink of an eye’, ‘As quick as a flash’, ‘left me with a broken heart’, etc. They have become so overused in today’s vernacular that they’ve lost all meaning.

When you need to describe something – like the suddenness of something happening, or somebody dealing with the pain of a relationship breaking up – look for original ways to communicate what’s going on.

Overwriting
Writing is a field where less is more. Don’t take pages delving into a character’s emotional state, or describing a setting. If you’re trying to build up something awesome, don’t think spending one thousand words on it is going to make it any more awesome. All that happens here is you’re diluting what’s going on.

Use specific details and impress the reader with how distinct they are.

Predictability
It’s harder and harder to be original nowadays. Most stories have been done, so people know what to expect. For instance, the formula of boy meets girl, boy loses girl, boy and girl live happily ever after isn’t going to cut it anymore. Now, more than ever, it’s become a case of how you go about your story. If it’s predictable, the reader will grow bored and switch off.

Bad Spelling and Grammar
It’s astonishing that so many writers won’t run a simple spellcheck. Reread your work and iron out issues with grammar. Get other people to read it.

It’s very hard to get into a piece of writing when you stumble on spelling errors or grammar issues. They jar the reader out of the writing, and shake their confidence in the author moving forward.

Repetition
As with overwriting, be wary of repeating yourself. If you’re describing a storm, you don’t have to tell us every sentence that thunder’s booming, lightning’s flashing, the wind’s howling, and the protagonist is cold. We get it. There’s a storm. Pounding it into us doesn’t make the storm any more ferocious.

Or the repetition might happen over pages (or chapters). On page one, you might explain how distraught the protagonist is. On page three, you might do it again. You’re not writing an infomercial, so we don’t need to be told the same thing over and over.

Trying to introduce too much
You don’t have to try to supply the reader everything they need to know at once. This can often result in lengthy digressions, or just so much happening that it’s impossible to keep track of it all. Take your time. Be patient. Seed (and foreshadow) the information as required.

Using Metaphors and Similies that have no relationship to anything
Going with something like, ‘His anger rose, like my dog’s when the neighbour’s cat comes into the yard’, isn’t exactly evocative for a reader.

Overdramatic speech attributors
The attributors are things like ‘said’ and ‘asked’. There’s a school of thought that’s all you should use, and if your dialogue is written well enough, the reader will infer the tone. Some like to use adverbs, e.g. ‘he said angrily’. Some look for a stronger attributor, e.g. ‘he demanded’. Just don’t overdo. E.g. ‘he obliterated’.

Story mightn’t begin in the right place
If you’re going to run a race, or play some sport, you’ll usually do some warm-up exercises to get you ready. Writing often involves the same principle. When we’re starting something new, we’re often feeling our way into the story. Many people struggle with openings. Because of this, some of the early prose – whether it’s a matter of sentences, paragraphs, or pages – is just warm-up before we launch into the real thing.

Look at what you’re writing, and ask whether it’s starting at the right place, or whether it was just warming up before you started at some later point in earnest.

Fluency of dialogue
Dialogue doesn’t reflect real life. In real life, we stutter, we ‘um’, we begin a sentence and then cut-off midway and go in another direction. If we tried to do that in a book, it’d be frustrating for the reader.

Book/story dialogue is the essence of how we speak in real life, and yet tries to capture all the nuances and affectations.

For some bizarre reason, a lot of writers introduce dialogue with ‘Well’. Most times it can be cut. Writers also lose contractions. We’d say ‘don’t’ and ‘can’t’ in real life, but in writing it becomes ‘do not’ and ‘cannot’. These are just a couple of things that happen in written dialogue.

Read your dialogue aloud. Emote it. Act it. Find out how natural it is.

Looping
Many writers introduce the premise, e.g. a woman walking at night to a rendezvous. Mysterious? Exciting? But then they loop back to what brought the woman to this point, and give us her back-story – she’s unhappily married, and after dinner she said she was going out with friends but is actually meeting her lover, but she’s feeling guilt because yesterday her husband spontaneously brought her flowers, which is the first bit of affection he’s shown her in years … Um, do you remember where we came in? Be wary of how much exposition you’re offering to try set up your premise. Either start your story back where all this exposition began and show the action unfolding as it’s happening, or seed it in subtly.

They’re just some things to consider when submitting.

You have one chance to make a first impression.

Do all you can to make it the best first impression you can!