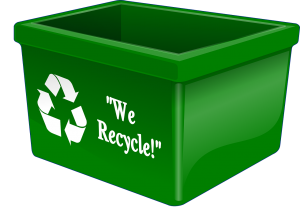 Last year I waxed lyrical on how ideas can evolve and change over time, even within a single short story that can become something totally different to its original intention. I was mostly talking about a single project going through its own individual course of development, but the natural progression from that is the idea being recrafted into a totally different medium. Adaptation. Sometimes it’s a dirty word; other times it’s the salvation of an idea previously struggling to find its groove.

Adaptation can be, to put it eloquently, a real bugger. Movies built from an existing story or IP are the main subject of criticism here, but changes in material for a new medium can run up and down the chain. The idea can come from anywhere and can become anything. Les Miserables started as a book, then became a musical that had more influence on the 2012 movie adaptation than the actual source material.

The 2012 film is an interesting point of discussion as far as adaptation is concerned, because it begs the question of whether it was an appropriately adapted project. The result was a musical crammed into a feature film format – many critics rated it well, which is hardly a surprise, but the reaction was more polarised among regular moviegoers.

And then there’s content that just will never fit into a certain medium, no matter how much you try to fit it in there. There’s never been a proper video game made of Les Miserables, just as most video games don’t make good movies (especially if they’re directed by Uwe Boll). A computer game can have a good story, although it’s often a mess to take that story to a new medium and keep it compelling.

But let’s narrow this down a little to talk about adaptation in different forms of writing – it may seem smaller in scale, but the same issue of compatibility arises.

The difficulty in jumping between prose and poetry is self-evident – the two forms of writing require completely different disciplines and priorities. What works well as a story may work as a poem if stripped down to its core ideas and emotions and retold accordingly, and vice versa if the right details are filled out into compelling narrative with story and momentum. Either way it’s a tough exercise.

And even across different forms of prose, it’s difficult to take an idea and transmogrify it into something else. Often the concept seems pretty simple. Take the fairly common practise of turning a chapter from a manuscript into a self-enclosed short story. Chapters are supposed to have their own internal mechanics and structure, so clean up around the edges and it should make a solid short story, right?

Wrong – initially, at least. It’s been done with success many times before, but even if it’s the first chapter being tapered at the end to add a more complete ending, it’s not a clean process. The cracks will show. Ideas that were meant to be seeds for later discussion will become pointless distractions. And the ending will likely be unsatisfying because there was meant to be more content to fill out the conflict and mystery evident in this episode of a greater story. Open endings are all well and good, but not if there are still loose ends that don’t close the natural arc of the story and the events that play out as a consequence of the inciting actions.

There are lots of anecdotes about short stories being expanded into novel-length publications. And hey, it works. But only if it’s a storyline constructed for the novel length. Rarely does the short story just get slapped on as a first chapter. The entire narrative is deconstructed and grown from scratch.

It’s also not as clear-cut to jump between fiction and non-fiction. Sure, the two mediums often blur together, but the point of fiction is to entertain and the point of non-fiction is to educate and enlighten (yes, that’s a gross oversimplification, but every ‘rule of writing’ carries at least some contrivance). So the focus needs to change, even if just a little. Non-fiction is typically bound by design to require more of a ‘point’ than fiction, which can exist clearly to entertain only.

So with all these problems and incompatibilities, is it a bad idea to try to take an idea in one form and adapt it into another mode of expression? Of course not.

I do it a lot myself, as a prose writer. A couple of dead manuscripts from my university days have been dismembered into a suite of short-form projects. One finally made it to publication in the latest issue of the online journal Communion. But only after a massive renovation that saw the original chapter stripped down to half its length and the remainder practically rewritten. The rest of my attempts there are pretty much dead ends – for now, at least. Like with any evolving idea, sometimes it just needs time to find the right mode of expression – and the enthusiasm to make the idea fit the medium, instead of the other way around.

Never be shy about experimenting with ideas, exploring different modes of expression to find the best way to carry a specific story or concept. But adapting something for a new medium is about as much work as writing from scratch. It’ll be laborious, but it might be worth it.