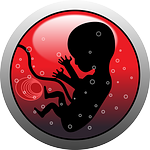 Page seventeen has the specific focus of providing a home for new writers to have something published. Through both general submissions and competitions, the annual collection invites every individual looking to really make something of their own writing, and still feels new to the game, to submit to us and see if their gamble has resulted in a winning formula. Sometimes it does, and it gets published. Sometimes it doesn’t and that doesn’t necessarily mean it’s bad – maybe it just needs a little more trimming of superfluous lines, or the characters could use a little more development, or so on. But we invite everyone to take that chance and have a go at being a writer.

Hm, hang on. Being a writer. That’s a heck of a thing to worry about, isn’t it?

Or maybe it isn’t. Especially if you take a moment to step away from the sensationalism that surrounds ‘being a writer’, especially on social media. Anyone with a writer-esque contact on Facebook will likely get the regular feed of quotes about being a writer, posts about how awesome it is to be a writer and so on. Don’t get me wrong, these are great forms of encouragement. Sometimes it’s good to be reminded that the old ‘solitary artist’ babble isn’t necessarily a truth; that there’s a whole community of like-minded artists out there. But a lot of the time it just doesn’t really scratch the surface, does it? They’re not likely to help you feel any different as someone who creates content.

There’s only one thing that should never change, regardless of how you view yourself as a writer. You may take breaks, you may go months without writing anything of substance for whatever reason, and you may write in different styles or for difference audiences. A thousand different branches with the same beginning point, the same alpha from which everything else is just the omega.

The work means something.

Now, that sounds a hell of a lot heavier than it actually is. Meaning? Oh crap, you mean social commentary? Or strongly-developed themes? Is my writing meaningless unless it’s a thesis on the human condition, or the folly of war, or how it’s important to recycle? No, calm down, put that pedestal away. It can have those things, but they don’t constitute meaning.

What’s important is that it means something to you. That you put something heartfelt in it. That you made it your own. It doesn’t have to have details from your life, and it doesn’t have to be loaded with your thoughts and preoccupations. But it has to have a point of inspiration. Something that defines your reason for choosing that topic, those characters, this setting. Sometimes it’s just purely a what-if situation but it’s never totally random.

Be a writer later – including submitting your work, whether that be to page seventeen or elsewhere. Make time to enjoy writing now. Make time to create something that feels meaningful to you.