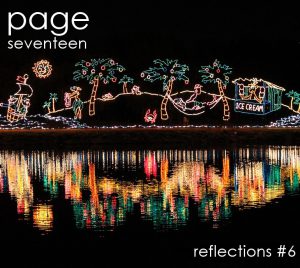 One more day. That’s it. That’s as long as we need to wait for the new issue to be available.

From 7pm on 19 November, Issue 11 is live and ready to go. I hope you’re all as excited as I am – please come along to the launch and open mic performances at the Busybird studio and help us in celebrate.

In the meantime, a final teaser. Two more contributors have something to share about their work in Issue 11 – hopefully it tides you over for one more day!

The inception of ‘Swan song’ came about during a slightly inebriated walk along the beach at St Kilda. A fellow actor I was touring with, Sean Watters, was regaling me of the last moments of one of his friend’s uncles. Despite being quite ill and barely able to speak, the gentleman managed to summon enough energy to land one last line: ‘I wonder how far I’ll kick the bucket.’

So, naturally we got to talking and wondered, what would we say? Sometime after and back in Adelaide, I found myself with a rare treat, two nights off. Two nights with nothing planned. Naturally I went mad within the first hour, but remembered the anecdote of the dying man. Thus after assembling the tale between teaching classes during the day and collating the pieces the next night, what followed was ‘Swan song’.

Effectively, it represents my philosophy on death, one that centres on death’s inevitability. Death is sombre, hilarious, violent, calm, surprising and oncoming, it is what it is, and the best we can do is to not get caught up worrying about it or what we will leave behind. Just have a sense of humour about it, respect it, but don’t dwell on it, otherwise it’ll be there before you know it. Death can be awkward like that.

Joshua Coldwell spends his time treading the boards of Adelaide’s theatre scene in various on and off stage roles. When he is not sinking his figurative teeth into his beloved Shakespeare he earns his keep as a High School biology and chemistry teacher. His students find him ‘complicated’.

Anne Hotta on ‘The taste of cedars’

The story began with three ideas and gradually unwound.

I was curious about what happens when a person uses religious beliefs from another culture to tackle certain things their own culture doesn’t. Would it be wrongful moral appropriation?

I am also interested in the animistic spirituality of Japan – where I lived for a long time – and how it infuses quotidian activities. That Natural beauty and mystery can permeate as deeply as it does, is fascinating for a foreigner.

My third preoccupation was with inter-cultural relationships and how ‘east’ does actually meet ‘west’. Love interests us all and writers try to capture its essence, whenever and wherever.

Perhaps three concerns are too many for the slight frame of the short story, but this genre also   allows for inference, imagery and the unspoken. I felt I could indulge my preoccupations to some degree without any disloyalty to the form.

When I first went to Japan, the sensuous aspects of climbing up to a Shrine, the trees, smells, sounds and then the place of worship, made a deep impression. The Jizō shrine dedicated to babies who have been aborted affected me greatly, especially the belief that these beings had not yet atoned for the sins they carried at birth. I imagined the grief it would bring to the ‘mother’; it reminded me of anecdotes I have heard from friends about what abortion can do. It seemed possible that a western woman, might reach across the divide to find comfort.

Anne Hotta has written non-fiction articles for newspapers, journals and magazines, but would like to be a successful writer of fiction. She has had a story published by Overland and received an Honourable Mention in the Boroondara Literary Awards. 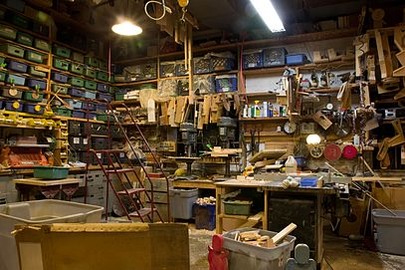 Wikipedia: Beginning with the Industrial Revolution era, a workshop may be a room or building which provides both the area and tools that may be required for the manufacture or repair of manufactured goods. Workshops were the only places of production until the advent of industrialisation and the development of larger factories. →