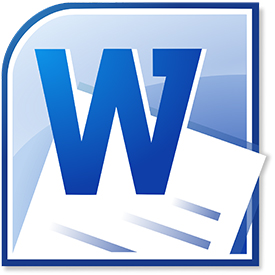 Microsoft’s Word, despite all its idiosyncrasies, can be a powerful tool for any writer when used correctly.

Unfortunately, most writers don’t. They use it as a typewriter, instead of taking advantage of some of the benefits that it has to offer – and it does offer benefits.

Let’s look at a few.

Spellchecker
Oh duh. Yes, duh. A lot of people don’t even bother to run a spellcheck, because they trust their spelling infallibly. That’s great. But the reality is nobody’s questioning your spelling (or just your spelling), they’re questioning your typing. Every writer will suffer from an occasional typo or two, particularly when revising over existing text. Always run a spellcheck when you’re done.

Grammar Checker
This is actually one of Word’s dangerous features because it gets stuff wrong, misunderstanding context. Trust in Word’s grammar checker, and you’re likely to introduce errors. The best way of using the Grammar Checker is to strip back what it actually checks. Here, it can become an invaluable tool.

Page Breaks
Some people manually insert their page breaks, hitting ENTER/RETURN until they get onto the next page. Great? Nope. Because if you insert or remove anything from previous pages, it’ll affect where that new page begins. If you needed to hit ENTER/RETURN ten times to begin a new page, then remove two lines on an earlier page, that new page will be elevated two lines (and possibly brought back up to the previous page).

You can enter hard line breaks, (which can be found in the ‘Insert’ or ‘Page Layout’ menu, depending on which version of Word you have). You also have an option of what sort of page break it’ll be. You can force Word to start that next page on an odd number (useful, for instance, if you have section breaks in a novel, which would always begin on an odd numbered page), and to delineate that a new section has begun. There’s a lot to play with here, and it ensures if you make revisions later, your page breaks remain exactly where they’re meant to be.

Headers & Footers
Useful for running headers of the chapter title, the book title, your name, the page number, or any information you require to appear throughout whatever your working on.

A strength of the running headers is if you use hard page breaks, you can have different headers/footers in a new section, whilst linking up things like the page number, so that runs continuous. This is useful for a big work, such as a book, which might have different titles for the chapters. You can also have a ‘Different First Page’, so you might have a fancy chapter title for the start of a chapter, but running headers through the rest.

Styles
This is the most – the most – powerful thing about Word and something everybody should learn to use. If you’re not using Styles, you may as well be using a typewriter.

Again, depending on which version of Word you’re using, the location of Styles moves. Usually, you’ll be able to find it in the ‘Format’ menu. On the newer versions of Word, the Styles can be found as icons in the ‘Home’ menu.

When you go to add a new Style, you have a variety of options to play with, amongst which are:

There’s also a lot of stuff you’d expect, like the font type, the font size, the line spacing, the text alignment, and if you choose the ‘Paragraph’ option from the ‘Format’ tab (usually in the bottom left-hand corner), you can choose your indentation, and whether there’s any spacing between paragraphs, etc. There’s also an option with a checkbox that says Add to Template; this determines whether that Style will be available whenever you create a new document, or whether it exists just for this document that you’re working on.

The reason to use Styles is because of the total power they give you over your document. For example, you might’ve written a three-hundred page book with twenty chapters, each chapter with a title in Times New Roman 20pt font, and then decide you want something snazzier, and with more space between the chapter title and the commencement of text. Without Styles, you’d have to manually change all those titles. But with Styles, you just go into the relevant Style, make the changes you want, hit ‘OK’, and everything using that Style instantaneously updates to your new choices.

Another benefit of using Styles is that you can automatically generate a contents page from specific Styles. For example, let’s say the Style we’ve used for our chapter titles is called ‘xchaptertitle’. We can point Word‘s ‘Table of Contents’ feature to be generated from any text where the xchaptertitle Style has been applied. Thus, we get a list of all the chapter titles, as well as their corresponding page numbers. If we make changes later, we can update the contents, and it’ll adjust everything accordingly. If we wanted different levels of contents (e.g. chapter title, chapter subtitle, as well as headings throughout the chapter), we can stipulate we want the contents generated from several Styles, and even specify how they appear (e.g. font type, indentations, etc.).

Word generally isn’t the industry standard for professional writers. Most would use software like Scrivener. But Word does have enough tools for your needs if you just know how to use it right.

It’s worth experimenting with to familiarise yourself with its features. Once you get to know them (and particularly the Styles), you’ll wonder how you ever got along without them.