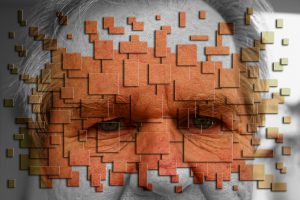 Recently I read an article in The Griffith Review by Maria Tumarkin on storytelling; you can currently read the article online here. It’s mostly a wide analysis of ‘storytelling’ as a cultural bed stone and how its current sense of cultural importance might be misguided. (It should be pointed out that Tumarkin is mostly talking about non-fiction narratives.)

She takes a criticism made by Eugenia Williamson against the radio show This American Life – ‘its preference for pathos over tragedy’ – and applies it more widely: ‘Actually, I think it might just be true of this cultural moment more broadly.’

To be fair, is this anything new? Our scepticism of the potential subjectivity of media is nothing new – thousands of years ago, tyrannical monarchs were telling their subjects only what they wanted to hear. We’re simply much more sensitive to the possibility of biased or incomplete stories now than when a king was telling us that the heinous barbarians over the border kicked puppies and didn’t eat their greens and thus must be destroyed.

It’s interesting, though, to take a step back and see how rigorously the practise of storytelling has been applied to every facet of our lives – sometimes subconsciously, and other times with a very specific and deliberate purpose. The calculated approach of ‘human interest stories’, designed to elicit specific emotions from an audience, is a far cry from the oft-cited example of Primo Levi compulsively telling strangers about his experiences in Auschwitz (an example Tumarkin uses as well).

So the key question here is: why? Why is it that we are so fascinated with storytelling, and addicted to it as a form of expression? Why do we tell our stories and our anecdotes to friends and family – did I tell you what I saw at the supermarket the other day? – while also applying the same principles to discussions on matters such as climate change and far-off wars? Why has ‘storytelling’ in this sense endured for so long and become such an ingrained characteristic to our mental state and to our culture?

A common and pessimistic reflex here is to cite ‘herd mentality’ or Nietzsche’s ‘slave morality’ to state that the common people need their data easily digestible – and simplified. But seriously, I think we’re past that way of thinking now. People aren’t stupid as a whole.

Here’s my theory: the practise of storytelling is so prevalent because of one impulse we have. And that is to teach. Our anecdotes about seeing a pregnant woman smoking or a kid refuse to give up his seat on the train is often punctuated by decrying the situation, making it clear that this is the wrong thing to do. Article writers seek to instruct readers on an issue, topic or scenario. Fiction writers devise an entire scenario of their own choosing, and use it as a platform to explore various topics, stories or character archetypes.

Personally, I’m first and foremost a fiction storyteller and believe that the first concern of fiction should always be audience engagement and entertainment. To me, fiction is specifically required to be entertaining before being informative – otherwise it’s missed the point of being fiction in the first place. But while I create a story, my impulse to teach is there in the background, whether I’m aware of it or not. It’s driving me to arrange everything in a sequence so that the consequences of actions can be explored, or to share what the likely outcome of a particular action might be. It’s driving me to explore the mindset of my central or leading characters, to see what makes them tick and present the data to an audience, like a lab teacher taking apart a brain in front of a class of students.

Even fiction writers with none of these objectives could be said to have something in their lesson plan – even if it’s just sharing a piece of themselves, so that the audience can gain some understanding of the writer.

When viewed in this lens, Tumarkin is saying that the lesson plan is flawed when it comes to larger issues – that our reliance on pathos and narrative structures dilutes the lesson until it is meaningless. Here, we can take a step back and see that storytelling is just an extension of our primal need to impart lessons and share our experiences. It’s the same as a mature animal instructing its offspring on survival skills – or the medieval king trying to instruct his subjects on the right way to view the world (flawed as that view may be). The difference is that the method of imparting these lessons has grown more sophisticated (and, to an extent, regimented) with the evolution of humanity and its sense of culture.

I’ve always believed that knowing your own motivations is important in growing and developing as a writer and as a voice. Without being lost in the downward spiral of vague questions like ‘why am I a writer?’, knowing why you’re telling a story is often one of the best ways to clarify how it should be told, and what should be focused on. It’s about knowing what you want to share, and why you want to share it. Use that information to your advantage, as both a way to develop your voice, your style and the types of stories you tell – because I agree with Tumarkin insofar that a one-size-fits-all narrative approach shouldn’t be applied universally.

To be a storyteller is to be a teacher of sorts. But the assumption of that role should not come with any sense of self-importance or superiority. Everyone’s a teacher. We just have different things to teach, and to share. Be comfortable with that, and embrace your ability to do so – even if the lessons are entirely fictional. It doesn’t matter. Something of substance can still be shared if the method of storytelling fits the story.