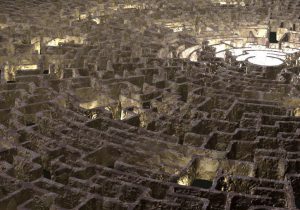 writer / ˈrʌɪtə / n. [1.] A person who has written something or who writes in a particular way: the writer of the letter. [1.1] A person who writes books, stories, or articles as a job or occupation: Dickens was a prolific writer.

Yup, I’ve finally done it. I’ve started a piece of writing with a dictionary definition. But I’ll request that you don’t let fly your rotten fruit in my direction for just a second, even if I perhaps deserve it.

Being a writer, and identifying oneself as a writer, is the result of an individual journey. Some writers carry the self-knowledge with them for as long as they can remember, like an indispensible piece of baggage. Other writers may have the realisation hit them like an epiphany.

Being a writer is great, in its own way. It’s fun, it’s engaging and it quickly teaches you how to avoid wasting food in your fridge due to that whole no-money-in-writing shtick. But it’s also an occupation that can feel a little murky around the edges – and ill-defined as a career, line of work or even a hobby. You’ll never hear of an accountant or lawyer having the same internal conversation – the hours and duties of most lines of work are, more often than not, strongly defined. Unless you’re a content writer for a company you’re not going to have the same sense of existential security all the time. Some writers might become offended if their writing is referred to as a hobby or pastime, even though it might be an activity wrapped around their primary job. Sometimes ‘being a writer’ – the duties and responsibilities, the requirements, the ‘job description’ – becomes an area of investigation in itself.

The typecast view of writers being introspective worriers wouldn’t be such a stringent stereotype if there wasn’t at least a grain of truth in it. And the identity crisis of ‘being a writer’ is a common zone for many writers – especially if there’s been a long dry season of writing little or no content.

The problem is that the nature of the conversations that spring up around this topic, both publicly and internally, is often … well, what might the right word be …

Perhaps because the occupation of ‘writing’ can be a loosely-defined one, it’s far too easy to start worrying unduly about what ‘makes’ a writer. The more one pours into ‘being a writer’, the more this question can completely derail the whole thing.

The obvious answer to the question is that a writer writes. Most writers know this. And yet the nagging feeling doesn’t always go away. Many who seek to start off as a writer – in the professional, industrious sense – can often feel lost and disoriented by the prospects of putting together a short story, poem or novel. Can I be a writer without a diploma in Professional Writing and Editing? How many words per day/week/month need to be written? Am I a writer if I’ve never been published? Why do I write?

The result is a lot of white noise on becoming a writer. Being a writer. Fulfilling the criteria and checking off the list of what once needs to be in order to be a writer. Everyone has something to add and it’s not always helpful. I mean, this one article alone lists 201 tips on becoming a writer. Over two hundred tips. One of them recommends marijuana to foster creativity. That sounds like a great idea.

sarcasm / ˈsɑːkaz(ə)m / n. The use of irony to mock or convey contempt: she didn’t like the note of sarcasm in his voice.

If we were to accept that some writers may need more of a comforter than ‘writers write’, then where is the line drawn? Well, probably with another w question. Why be a writer. To publish a certain story; to indulge oneself in active escapism; to just let something out. The reason defines the way you approach the profession.

If you can’t answer why you want to be a writer, then maybe that’s a good thing. Maybe that means it’s a standard function, a natural outlet for you – and being a writer is just an extension of your creative state of mind. That’s awesome. Keep doing it.

And everyone else – if you’re worrying unduly about ‘being a writer’ then you’re focusing on the wrong things. It may seem important to define the parameters of being a writer, especially if approaching the gig professionally. But you’ll already have some sense of why, even if not consciously. It’s an intimate and private motivator that keeps you on track. That’s what matters.

All dictionary definitions are from www.oxforddictionaries.com.