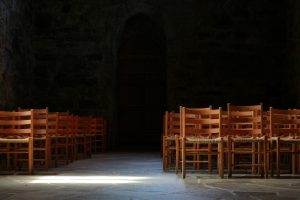 Writing is profiled as a solitary exercise. It’s the toiling labour of the lonely few, at the desk in front of a piece of paper or a glowing screen. Some writers take this all too literally, and cast themselves as lone soldiers. Which is fine, insofar that it benefits the natural process of that writer. But in a lot of other ways, it’s an unhealthy habit. Especially for emerging writers.

The growing presence of writing courses has worked against this idiom – new writers opt for the courses to improve their craft, and at the same time are grilled on the importance of workshopping and feedback as part of their education.

That said, it can be a very tall hurdle for many writers to take that step; to go from writing for themselves and keeping the words closely guarded, to sharing those words openly and freely without reservation. But any writers seeking to develop in the public spotlight will find themselves at that point, sooner or later.

The first step is to be comfortable with the idea of being a public writer. This is to be an author writing for any audience that doesn’t happen to be exclusively themselves – to write for reasons other than personal reflection and catharsis. It’s a small step for some, and a large leap for others.

The thought of an audience can be an intimidating thing for some writers, emerging or established. The idea that someone else might be reading your words – and might not like them – is a fear on par with public speaking or spiders.

The audience might change from project to project, but it should be a defining factor in the planning process. Age group; personality types; even whether it’s more suited for a particular gender. Don’t get bogged down in it, but take it into consideration for at least a brief moment. It won’t be a hard and fast rule and shouldn’t be too restrictive, but it allows you to see who you’re writing for.

And then you tell yourself that you can write for that audience. And believe it.

That’s when the process starts. The words come out – quickly or slowly – and they arrange themselves in a particular sequence, designed to appeal to that audience. Sooner or later, a piece of writing will take shape. And the chosen audience needs to read it. You owe it to yourself to see whether it worked – whether that sequence of words is successful. Seek appropriate publications. Solicit opinions and feedback. Workshop. Build upon your original drafts. And through it all, take pride – both in your work and in your efforts to reach out to your audience. Be open to the needs of your audience and refine your work accordingly.

Because then your working process has become communal, and you’re engaging with a wider public. And that can be a very difficult thing to do if you’re not used to it. But that’s okay. Take it slow to begin with if you need to, and test your work on a couple of test readers. Build from that until it becomes a natural, organic part of your developmental process.

The lone solider mentality can have its benefits to the creative process – for one thing, it’s a powerful catalyst for self-expression through a medium such as writing. But it also prevents you from achieving engagement with your audience. And if that audience isn’t just you, then you need to be brave and trust both in your own work and in your audience. You need to trust your readers to both receive the work with an open mind, and actively want to engage with you about that work, whether it be praise or otherwise. It might be tough at first, but it gets easier. And if you can take the bad comments with the good, then it will only improve you as a writer.