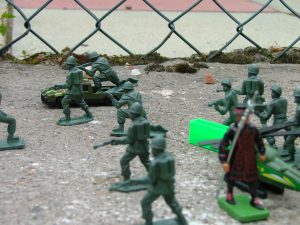 Well, The Fault in our Stars stirred up a fresh storm pretty quick. Not over its ‘sick-lit’ content or the quality of the film – full disclosure, I’ve yet to see the movie or read the book – but over the way it reignited the debate over the validity of YA fiction.

It’s an old song now, ever since Harry Potter arrived to turn writing for younger readers into a publishing goldmine and Twilight had its glitter-rich moment in the sun. There are still plenty of accusations afloat that the genre is too dark, needlessly sexualised and reinforces negative stereotypes (a classic example is the anti-feminism of Bella Swan’s character – something I agree with, by the way). But a new argument is gathering momentum. It’s that the actual audience is changing, and more and more adult readers are becoming regular YA aficionados. Or, at the very least, are more out and proud about it.

Ruth Graham’s article for Slate got some attention for its no-holds-barred attack on adults making their reading selections from the YA shelf. It’s been one of the major catalysts for the current storm of content. Just type in ‘YA debate’ as a Google search and see what else is out there – you won’t be short on reading material.

So if I’m going to talk about the YA debate, I suppose I need to clarify where I stand on the issue. Anyone who read ‘Under the Influence’ will likely have guessed that I’ll start off by advocating a wide selection of reading material unhampered by preoccupations with literary merit. I like to think I’m whole-brow – not high, not low, and probably prematurely balding.

But rather than fire my own salvo from one side of the red line, I’m instead wondering why the debate has gotten so heated to begin with. There’s more at play right now than some reactionary indignation to a single anti-YA article.

The anti-YA platform is, in many ways, an extension of the popular/literary schism that has kept the reading and publishing community occupied for decades. Its detractors condemn YA fiction as being shallow, formulaic and unimaginative for its target audience – let alone for the adults that are getting in on the craze. Even The Fault in our Stars, one of the most celebrated YA books of recent years, hasn’t escaped criticism for being clichéd and emotionally manipulative. (Again, I can’t offer any personal perspective there, so argue that one among yourselves.)

The argument is now being extended to claim that by YA fiction bleeding into older age groups, the negative aspects of the genre are going to become even more insidious. Not only will adults reading fiction intended for younger audiences be limiting the breadth of their reading experiences; they might even be hampering their own emotional development and fostering immature – and therefore flawed – reading habits and standards of literary merit. Another related concern is whether the escapist fantasies offered by many examples of YA fiction are emotionally healthy.

I feel the need to reiterate the crux of the debate’s issues because they’re hard to find at the moment. As far as the internet’s currently concerned, Ruth Graham might as well be a single isolated voice, that has gone viral simply because her article was deliberately provocative. The news feeds are saturated with reactionary statements and various defences of YA fiction.

But Graham’s perspective is not a single anomaly. As an example I could travel to the hallowed halls of the ‘high priests’ of literary criticism, maybe finding a quote from The Paris Review that condemns the infantilisation of our literary culture (a phrase, by the way, that was recently used by The New Yorker in condemnation of Donna Tartt’s Pulitzer Prize-winning The Goldfinch– just to give you an idea on how some people just won’t let us have nice things). But we know the opinions of the literary elite already, so instead I went searching for non-institutional opinions. Robert Kroese offers one of the few measured responses to the Slate article that I’ve been able to find as of late. It took quite some digging to find any other recent voices for the anti-YA camp – such as this one.

That last one’s an interesting read. Although its attack on YA literature is undermined as soon as it gains momentum – especially when she admits to never having read The Fault in our Stars after labelling it as schlock – it sums up as a puritan view of the inherent flaws in the YA category and a call for the destruction of YA as a category altogether. An opinion not without merit, based on the idea that ‘YA’ began as nothing more than marketing spin.

So that’s the field report. When it comes to popular opinion, these critics of YA fiction are in a minority, and the cited benefits of YA fiction hardly need to be referenced: that it provides harmless escapism; that it serves as a platform for reluctant readers to begin their transition into more sophisticated literature; that the alleged darkness of popular YA books is merely a reflection of what teenagers are naturally going to read anyway.

Let’s say you’re undecided on the issue – perhaps you’ve never read something categorised as YA, or at least haven’t done so since your younger years. You’re in no-man’s land but you can’t stay on the red line forever, or else you just might become a red smear from the latest clash of ideals. What should you take home from this?

I’m going to be obnoxiously self-referential and pop in an extract from an interview I did for the Australian Literature Review in 2012. Unfortunately the full interview isn’t currently available on the web, but this was part of my response to a question on the popular/literary debate – something that I think bleeds into what we’re discussing here:

In everything I write (or attempt to write), I try for something that is entertaining but mindful. But if anything is more important, it’s the entertainment factor. The greatest stories are engaging in their own right, and have a sense of greater weight without being overtly agenda-driven or obsessed with being ‘literary’ for the sake of it. They clutch at big ideas because it’s exciting and engaging to do so. That’s what I believe, at least, and that’s what I’ve always aimed for.

I should mention that the interview was for my contribution to Possessing Freedom, an anthology of integrated short stories – for young adults. I’m not typically a writer that markets specifically to young adults, so this was an new experience for me that I enjoyed. But I didn’t approach the project thinking ‘I should write something YA’. I aimed to write something exciting and engaging that just happened to have younger protagonists. Entertaining but mindful.

And with that, I can’t back away any longer from at least proposing my own clear opinion on the questions raised. So here we go:

Regarding the fate of YA? Leave that one to the marketing executives – that’s where it came from in the first place, after all.

Regarding the literary merit of YA? My answer there is one you’ve heard before – judging a book solely by this one criterion is far from being an adequate statement on its merit.

Regarding the quality of YA? It’s the same as with any other field of writing – there’s good and there’s bad, but 100% of the content is somewhere in between.

Regarding adults reading YA? Anyone solely reading one type of book again and again is limiting themselves. As long as said adults remain willing to experiment and step outside their comfort zones for something they might enjoy, the nature of that comfort zone is a non-issue.

Phew. At this point I’ll stop hogging the mouthpiece. Feel free to share your own thoughts on the debate, whether you agree with me or not.