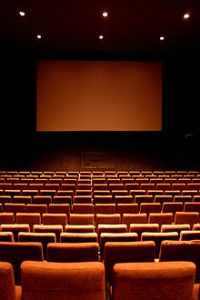 Hello, my name is Jamie Barry and my blog is about my hopes and dreams in the business of writing and why those hopes and dreams exist as a part of my life. To be more specific in where my passion lies, it’s screenwriting.

I’ve had a passion for screenwriting since I became old enough to appreciate the craft for what it was and since I became old enough to actually know what it was. This was when I was 11. It was around this age that I wrote a lot of short stories both for school and in my spare time. As I was writing these short stories I was also watching a lot of movies.

So one day at this 11-year-old, child-like mind, I put two and two together and realised I could write a movie! I could be killing two birds with one stone by being in a profession where I get to write stories but also get to turn them into a film. My two favourite things! From then on the thought of writing a script, and the business in general, have always been in my mind.

It took me a while to actually start my first screenplay – mainly due to interruptions in my life: from homework to going out with friends. But when I found myself in a situation where writing a screenplay was actually needed I was quick on the scene.

My friend – who is a part of a digital media class – came to me knowing of my desires and gave me a task. He was assigned to make a short film. For this short film to be completed, a story structure was needed, and – more excitingly – a script was needed.

Of course I accepted the task and the first time I typed FADE IN, I won’t go as far as to say I shivered, had an epiphany or had my heart start beating faster then ever before, but I was excited. The excitement lasted up until the final FADE TO BLACK.

I handed my friend the script and he was very happy with it – almost as happy as I was doing it, if that was possible.

So that is basically where my passion came from and, there is no question in my mind that screenwriting is what I want to do. But where to go from here is the question. What are my endeavours? What are my goals? What’s next? In fact the reason why I’m writing this blog in the first place is due to ‘What’s next?’

Busybird Publishing is what’s next.

I am here for work experience because I know this is a great opportunity to become even more certain of my career aspiration of becoming a writer. Only being here a few hours and, sure enough, the certainty is stronger.

Even though I might not know the complete ins and outs of what the steps are to becoming a successful screenwriter, where to turn and what practices are needed in order to become better I do, however, know where I want to end up: in a café with a toasted ham, cheese and tomato sandwich with a laptop also in front of me with Final Draft open.

After my fantastic sandwich I’ll head home to my fantastic study where I’ll continue on my screenplay. This screenplay that future me is working on may have been assigned to me from a production company or it may have originated from my own imagination. Future me doesn’t mind. I don’t mind.

So that’s that – the origins of my passion, my goals, and the aspirations for my passion.