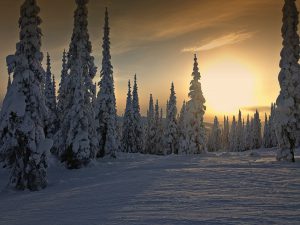 I’m going to let you in on a little secret: my favourite word in the English language.

Some people might think it’s me or I. They’re wrong. Those are my second and third favourite words respectively, because they’re about me. (Mine is fourth.)

But my most beloved word is actually apricity.

It’s an old, practically obsolete word – Macquarie Online doesn’t even recognise it – but it refers specifically to the warmth of the sun in winter. (Incidentally, the verb for this sentiment is apparently apricate.)

Where did I first read or hear this word? Heck if I can remember, it’s just there in my consciousness. Have I ever used this word in an everyday conversation? Nope. Have I even used this word in any of my writing? Likely not. But I still treasure it because it’s a fresh way of saying something – a word that sums up so many things at once.

My point here is that our language is a vast ocean, and that taking the plunge into the light-starved depths every once in a while can be an enriching experience. I’m not saying that every writer reading this should cram apricity into their page seventeen submission just to please me. I’m not even saying it’s a word that should be brought back into the modern lexicon. But I’m glad it exists, and that words like this are around as an opportunity to expand the way sentiments, experiences and thoughts are expressed.

Now, lesson time. Because this focus on obscure and even ostentatious language clashes with another common idea: economic and plain writing. This is the idea that often the simplest way to say something is the most effective, even in fiction. It’s the prevailing philosophy passed down to emerging writers and for good reason. When attributing dialogue, ‘He/she said’ is often a hell of a lot better than ‘He/she cajoled/exclaimed/ejaculated’. Said is non-intrusive whereas its numerous synonyms are often counter-productive.

At this point we find ourselves between the exoticism of apricity and the efficacy of said. On the one hand we have the slippery slope to overwritten ‘purple prose’ where these exotic words may be used without care or restraint, and on the other hand we have the risk of repetition where plain words are overused.

Despite going on about how great obscure words can be, I’m still of the school of thought where the simpler statements are usually the preferred choice; it’s a mode of writing that keeps a strong pace and allows readers to focus on the content rather than the language. (Note that I’m speaking from a prose standpoint – poetry is a different discussion altogether.)

So why have I brought up a word as shockingly out of vogue as apricity if I’m never likely to use it, or other flowery words of its ilk? It’s because to me, the movement to simplify language is often very narrow-minded, and treats the exotic fringes of the English language with contempt. Sure, language should evolve to suit the times, but let’s not suck all the life out of it in the process. Let’s continue to celebrate how broad and beautiful our language can be.

Everyday writing and communication should be clear and simple, to fulfil the primary function of language: conveying information. But storytelling is making up information. Poetry is often not even concerned with information at all. Language has evolved to become much more than ‘there’s danger behind that bush’ or ‘we’ve run out of milk’, and the development of fiction and storytelling has elevated the use of language to artistry.

Celebrate language. The Merriam-Webster ‘Word of the Day’ is a nice little novelty to receive in your inbox every day. Read something out of your comfort zone and expand your vocabulary a little at the same time. Even if you never have a suitable opportunity to use certain words – much like how I’ll probably never use apricity in a sentence – it fosters an appreciation for just how diverse our options are for expressing ourselves. And one day, an opportunity may arise where that word just fits, without it feeling obstructive or pompous.

But if you ever attribute a piece of dialogue with ‘he/she ejaculated’ – yes, it’s been done before – I will hunt you down and hurt you. Some things just shouldn’t be allowed.