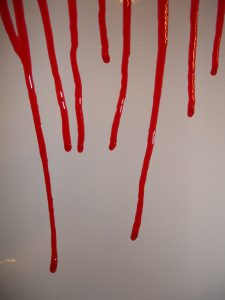 One of the most recent books I’ve read has been Wilbur Smith’s Vicious Circle. I read a little Smith when I was younger and remembered the old-school adventures to be brutal at times but rip-roaring and jolly-good – something that would make a good change of pace from some of my other recent reading material. Change is as good as a holiday, right?

Too bad I found it downright unpleasant to read at times. The torture scenes, I was fine with. The underlying sense of chauvinism, I could deal with. Then the main villain got his backstory, and the reader is dragged into the abyss.

Without giving too much away, let’s just summarise that the backstory of this one charming SOB is a long sequence of shock-and-awe involving combined incest/paedophilia, prison rape, sex slavery and people being eaten alive by pigs. I didn’t take a dislike to Vicious Circle just because of the content of this sequence.  It was because every scene was laboured over – we are voyeurs to every depraved act, and it comes across as tasteless and unnecessary.

Let’s stop there before this becomes a review of Vicious Circle. My point here is not to demonise this book (although let this serve as fair warning for anyone planning to read it). Rather, for me this is a launching pad into a wider discussion on explicit content in writing.

I’m no stick in the mud. Anyone who knows me, likely already knows that one of my favourite books is American Psycho: the poster child for protracted and gruesome torture scenes.

American Psycho, to me, represents a theme-driven mode of storytelling. Every device – the killing spree, the repetitive lunches, the long diatribes on 1980s pop stars – are in support of the book’s intention. American Psycho is able to justify its explicit material as being in servitude to the story’s satire and criticism of 1980s society. Generally I’m sceptical of novels that raise its commentary to the same level as its story, and as an editor I commonly advise against it, but there are exceptions to every rule and, in my opinion at least, this specific title manages the balance well.

Conversely, Vicious Circle lays out a path of sexual depravity and violence that serves only to vilify the main antagonist far beyond what is necessary. One could take the American Psycho angle and argue that this character is meant to represent all the dark impulses of humanity, unfettered and without restraint in a world that eventually turns a blind eye to his actions. But it’s a secondary mechanism – worse, it hijacks a plot-driven book. The more direct argument is: we see the bad guy doing bad things because this is a very bad guy, and we need to feel good that the good guy is going to get the bad guy. Cut. Print. Good guy wins.

So when we talk about the application of extreme content, what does this mean for other writers?

It means that explicit material in writing is always going to be risky, even when the story demands it. By taking that risk, you’re already narrowing your audience by their tolerance of sex and violence. Always keep the audience in mind when writing darker material.  A quick online search reveals that Wilbur Smith has evidently lost many fans with his latest offering – he took a risk, and perhaps it hasn’t paid off.

The human experience can include some harrowing trials, and accurate writing often must address the consequences of human cruelty and callousness. The difference is in the delivery. To come back to our scapegoat, Vicious Circle demanded brutality to complement its subject matter. But it was hoisted by its own petard due to poor application.

Treat these themes with respect. In one of society’s odd little idiosyncrasies, writers have a little more allowance with gore and brutality than with sexual depravity – indeed, some sub-genres of pulp crime practically make brutality a requirement. But both avenues of explicit material need a justification above and beyond ‘bad guys are bad’ or simple shock tactics. Otherwise you’re cheapening your own material in service of gratuity.