Confessions of an Audiobook Listener 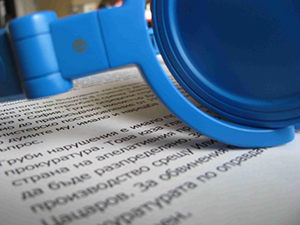 Audiobooks feel like cheating, like somehow listening is easier than reading. I am always careful not to laugh or pull faces when listening in public and when chatting about books, it feels like a lie to say, ‘At the moment I’m reading …’ but embarrassing to admit the truth. If I’m listening in the car and need to open the window, I turn down the volume.

There is a certain amount of stigma attached to audiobooks. They are terminally uncool. I know this because my mum has listened to them for years. That alone should be enough of a reason to banish me to hardcopy only or hide my audio habits behind a veil of secrecy. But here I am coming out and confessing …

I am pro audiobooks.

Now, don’t get me wrong – I love books too. And as someone who dabbles at writing I can’t deny fantasising about seeing my name and words in print, holding my book in my hands, or admiring it displayed on a shelf. Somehow, a disc or file name doesn’t hold the same awe factor.

But there is no reason why the two mediums can’t be used simultaneously. The lack of popularity is due to lack of education and people are simply not aware of their options. Personally, I find it rewarding to be reading and listening to different works at the same time. I will often have three or four on the go at once – one for the car, one for the Discman or iPod, one by the bed, and one for the train. So, I still read, but these days I find that I’m only choosing books that aren’t available on audio.

My mum averages about two audiobooks every three weeks. Since I jumped on the bandwagon, I’ve infected other members of my family. Despite the different ages, attitudes, and lifestyles, audio has a definite appeal.

It’s time for a brainstorm, time to look at the pros and cons and announce the Championship Fight: Audiobooks vs. Hardcopy books. Bring it on.

Spoken audio has been available since the 1930s but it wasn’t until the 1980s that the medium attracted book retailers. Audiobooks, once distributed on cassette tapes, are now available on CD, downloadable digital formats for portable devices and preloaded digital.

The ‘experience’ of reading a book or listening to one being read varies for everyone. Some find audiobooks too slow and that they can read faster themselves while others find audio relaxing and requires less effort, which allows them to be drawn into the story. The two methods stimulate and engage in entirely different ways.

Audio appeals to the multi-tasker. Unlike books, you can easily listen while remaining mobile and productive. It is a perfect distraction for the reluctant exerciser and stimulating on long car drives or on public transport when sardine carriages make holding a book awkward. It accompanies housework, craft, cooking, gardening or any other monotonous or passive task. You feel like you’re working your brain rather than just filling in time or silence as you might with music. For those who struggle to have time or motivation for reading, with an audiobook you can trick yourself into thinking you are not really reading at all. It is less a chore and more entertainment.

People relax by plonking themselves down in front of the television and switching off their brains, letting bad jokes and soppy drama wash over them. Audios can have a similar purpose and effect. And there is still the sense of satisfaction when finished – similar to reading – that is not often found at the end of a night of watching television.

There is a convenience and flexibility to audio and the right voice can bring the story and characters to life. Also, listening can often soften the blow of an otherwise daunting read. What might appear large or overwhelmingly literary in book form, can – in audio – push you through until you’re hooked, thus not allowing you to get lost or bogged down by slabs of text or complicated vocabulary.

But they have problems too. A few scratches can completely ruin a disc and the momentum of the story can be lost similarly to ripping out some pages a book. For those who are easily distracted you can find you lose concentration and miss important details and if you are a person who reads in bed, unfortunately an audio will not stop when you fall asleep.

The biggest factor for audiobooks is the voice, which can be the difference between loving it and not finishing it. If the person has an accent you can have trouble understanding or following. The voice could be annoying and grating. Their tone can influence your view of the characters, they can change the mood of the story and can influence whether you like the book.

Those who listen on CDs are restricted to the car or an often bulky Discman. As this technology is becoming outdated the selection for purchase is limited. Luckily now there are MP3 CD options and downloadable formats but there are many people who don’t have the knowledge or ability to search and download. It is unfortunate that the medium is not more widely marketed and accessible or promoted.

Downloadable audiobooks cost slightly less than hardcovers but more than their paperback equivalents. Market penetration of audiobooks is substantially lower than for their printed counterparts despite the high market penetration achieved by audio music products.

Aesthetically, an audiobook is lightweight, encased in plastic and has a cheap, tacky feel whereas books have a pleasurable physicality and give a tactile sense of place and pacing which can build expectation as the reader progresses. There is a certain satisfaction to holding a book. Solid and meaningful. The smell, the visual impression of a bookshelf full of tomes, all hold something beautiful that is irreplaceable.

Hardcopy format make it easier to revisit and locate particular parts or passages, do not rely on batteries or electricity and can provide a barrier and a safe place for your eyes in public awkwardness. On an educational level books normalise correct spelling as well as instil formatting and punctuation skills.

Both mediums are free through local libraries and available for purchase, although obviously books are more wildly sold in retail outlets. Audiobooks on cassette or CD are typically more expensive due to the added expense of recording and the lack of the economy of scale of high ‘print’ runs that are available in the publishing of printed books. However, there are certain economies of scale that favour downloadable audiobooks, which do not carry mass production costs, do not require storage of a large inventory, do not require physical packaging or transportation and even if ‘returned’ do not require a cost of physical return or destruction/disposal. If such economies were passed on to customers, unit profit margins would be reduced but sales volumes would increase. It is not known what affect this would have on book sales in other formats.

So, audio is on the rise and may slowly but surely shake its daggy reputation but hardcopy has stood the test of time. Who has won today’s showdown?