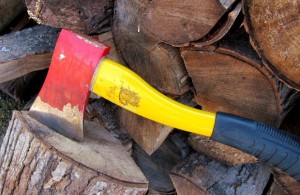 Something regular to this blog is the demand (the harassment, really) for revision.

That’s great in theory, but if you don’t know what you’re looking for, you can reread your piece ad nauseam without ever substantially improving it.

In this two-part blog, we’re going to list some of the little things (well, only little compared to the big picture) to look for when revising.

Passive Sentence
In a passive sentence, the subject in the sentence doesn’t perform the action. The action is performed on the subject. E.g.

The boy was mugged by the robber.

The action here is being performed on the boy. He was mugged by the robber. Watch out for by. It usually helps to identify a passive sentence.

The robber mugged the boy.

Bob was driven to the football.

The action is happening to Bob. He’s being driven to the football. This could be:

Dad drove Bob to the football.

Passive writing doesn’t have the same impact and directness as active writing.

Expletive Constructions
Beware of phrases such as There is, There are, It is, which preface sentences and obscure the subject and action. E.g.

There is a man sitting at the bus stop.

In this case, the There is doesn’t serve much purpose. This could be rephrased as:

A man sits at the bus stop.

Maybe the boy did, but is there another way to say ran very quickly? Some might suggest something like:

Well, yes, that’s better than very quickly, but swiftly is still an adverb here, modifying ran. Why not something like:

Writing is about finding the right word to do the right job.

Kill nothing modifiers
We all have a tendency to use them. E.g.

It was somewhat hot. It quite irritated me. It was going to be practically impossible to do anything today.

What? What does somewhat hot mean? How hot was it? Quite irritated? How irritated is that exactly? Practically impossible? Really? Dismissing the fact that impossible is an absolute (something is impossible or it’s not) on a sliding scale where does practically impossible rate? Modifiers such as these – and basically, essentially, etc. – give us no real proportion.

Jack stepped out into the night. A cold gust ran through his clothes. He wrapped his arms tight across his chest and took the first step towards the road. The wind ran icy fingers up his body and chilled his ears. He should’ve brought a jacket, but it was too late now. He was freezing!

Okay, we get it. It’s cold. This paragraph simply could’ve been:

Jack stepped out into the night and wrapped his arms across his chest.

Yes, seriously, that’s all you need. The act of Jack wrapping his arms around his chest shows us it’s cold. Of course, you could push that, as this is an extreme example. Just remember, writing is about economy: tell your reader once and trust that they’ve got it. Even if you look at something like The Lord of the Rings, which has pages of description, it’s all original description. Tolkien doesn’t go on about the same thing in the same way. Do that, and you’re likely to desensitize us, or switch us off, rather than create mood.

Show, don’t tell
You’ve probably all heard of this convention in writing. Let’s use Jack as an example again.

Jack stepped out into the night. It was so cold – freezing! Jack couldn’t remember the last time he’d been so cold.

We’re being told here that it’s cold, which isn’t very evocative writing. Think of ways to show this. E.g.

Jack stepped out into the night and rubbed his hands together. His breath misted in front of him.

These are all basic examples, but they demonstrate how you can show it’s cold – rubbing hands together is something we all do when it’s cold; our breath mists also. Now we’re painting a picture of what the night’s like, rather than just telling the reader it’s cold.

A lighter sat on the table. The lighter was a gold zippo.

This occurs frequently, where writers will introduce something, and then expand on it in the next sentence. However, you can do this all at once. E.g.

A gold Zippo sat on the table.

That sentence now does the job of the two in the original example. There might be times where we want to withhold details, e.g. a character might be too far to see exact details, or they might struggle to immediately identify details. Fine, then, if you deliver details piecemeal. Otherwise, be as direct as possible.

Avoid repetition
We all repeat ourselves without realising it. E.g.

Andrew stepped into the bedroom and rifled through the closet. None of his suits would do. They were either old and ratty or inappropriate for a funeral. He needed something more sedate. Was a suit necessary, though? He pulled open his drawers and rifled through them. Black sweaters! That was the answer.

Andrew has rifled through his closet and his drawers. That word’s appeared twice in the same paragraph. It’s not a horrific transgression. There are words that are obviously going to be repeated, e.g. pronouns, prepositions, articles, etc. But when you have a specific word, its repetition jars. About the only time you should use repetition is when it’s as a stylistic device. E.g.

Kill your favourite words and phrases
We all have them. I used to love this:

Tony walked down the hallway, then pirouetted to face her.

How can you not love a pirouette? It’s sharp, fast, and dramatic. We all have words and phrases we love. A friend admits she overuses eyes (as in people looking at one another) to communicate sentiment. These things are okay to use, but not all the time. A good tip is to compile a list of your favourite words and phrases (and the phrase might only be a combination of a handful of words) and perform a FIND for them once you’re finished, then revise them the hell out of there. You’ll find once you’re conscious of them, you’ll stop using them.

Kill filters
Filters are the way our protagonist connects to the world around them, or incorporates their internal monologue for the understanding of the reader. E.g.

August sat down at a corner booth and drummed his fingers on the tabletop. He watched a blonde saunter up to the bar. She was gorgeous. He thought he’d love to get a date with her, but realised she was out of his league.

Filters are things like watched, saw, heard, thought, realised, etc. However, the story’s being told through the eyes of our protagonist, so we don’t need the use of filters to connect them to what’s happening or what they’re thinking. Revising this example:

August sat down at a corner booth and drummed his fingers on the tabletop. A blonde sauntered up to the bar. She was gorgeous. He’d love to get a date with her, but she was out of his league.

The only time we might use a filter is when we want to bring specific attention to the fact that the character’s taken that action. E.g.

August and Lisa sat down in a corner booth. August watched a blonde saunter up to the bar, then turned back to find Lisa glowering at him.

Here, we mention that August watched the blonde, because it correlates with and explains why Lisa’s glowering at August. Poor August.

Don’t get too fancy with attributors
Attributors are things like said, asked, etc. – the verb that connects our characters to their dialogue. There’s a school of thought that you should only use said and asked, and that if your dialogue is written well enough, the reader will infer tone. If you want to be a little more diverse with your attributors, that’s fine, but don’t overdo it. E.g.

’How dare you look at her!’ Lisa vociferated.

Errr, what exactly did Lisa do? This might seem a spurious example, but plenty of authors do use grandiose attributors. In this case, this could just as easily be:

As you can see, there are simpler options. Don’t go overboard.

Avoid cliches
Cliches are phrases that have become so overused, they’ve lost all meaning. E.g.

She was the love of August’s life. When Lisa left him, August’s heart broke. But as quick as a flash, he got back into dating.

Ummm, what? Are things like love of my life, heart broke, as quick as a flash – and every other cliche – really communicative of what they’re trying to say in any meaningful or evocative way? Cliches are also lazy writing. If you’re going to use a cliche, find another way to say it.

Kill the use of ‘suddenly’
‘Suddenly’ is such a Year 7 word, e.g. I was walking down the hallway, and suddenly a ghost appeared! It’s so melodramatic and pseudo-shocking. Take this example:

Does the use of suddenly improve that sentence. Isn’t the act of the door crashing open implying a suddenness? Couldn’t it just be:

There might be times to use suddenly, but beware its overuse, as it’s become common. As an exercise, look out for it in the book you’re currently reading. It’ll surprise you how often and suddenly it appears.

Cut what’s unnecessary
If there’s something you can cut from your writing and it doesn’t affect the piece – it doesn’t affect the plot, the characterisations, the motivations, or anything like that – then cut it. There’s no great way to demonstrate this in a short passage, but think about movies nowadays when they’re released on DVDs with deleted scenes. Sometimes, the deleted scenes are interesting, but you can see why they didn’t make the final product – their omission has affected nothing. A journalist once told me that you can have interesting facts, but if they have no bearing on the article, then they’re unnecessary. Same with any other form of writing.

Kill tautologies
A tautology is a redundancy in writing, the repetition of the same definition in different words. E.g.

I hope this blog has improved your writing for the better.

Spot it? That statement suggests hoping this blog has improved your writing and then adds for the better. In this case, how else could you improve your writing? For the worse? Both passages are saying the same thing. This is a tautology. Look out for them.

That’s it for this week. Next week: Looking at the big picture.