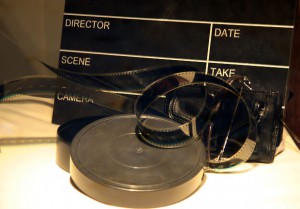 It’s interesting to note changes that are applied when books are adapted for the screen.

Usually, some of these changes are a result of condensation. A novel might have four hundred pages to tell a story, and has the opportunity to be languorous, teasing subplots and drawing on an ensemble of characters. An adaptation might decide to collapse some of these subplots, e.g. an adaptation character might assimilate the arcs of two (or more) characters from a book.

In JRR Tolkien’s The Fellowship of the Ring, the Elflord Glorfindel meets Aragorn and the Hobbits on Weathertop after Frodo is stabbed. Following this, Glorfindel doesn’t feature much more in the story. He’s there to demonstrate the futility of power in the battle of the Ring. In the movie, Glorfindel is cut entirely. Elrond’s daughter, Arwen – Aragorn’s beloved – takes his role, which serves to introduce her as a character (in the books she barely figures) and also furthers the relationship subplot between her and Aragorn.

Conversely – and usually as a matter of a expediency – sometimes subplots are eliminated entirely. In Peter Benchley’s Jaws, oceanographer Matt Hooper actually has an affair with Chief Brody’s wife, Ellen, resulting in tension between Hooper and Brody when they go to sea to hunt the shark. No such subplot in the movie.

Some changes would seem a result of largesse, as if the filmmaker is trying to wrest some ownership over the source material. I’m sure their counter would be that the changes are essential, a way of interpreting the book that the material otherwise did not allow them. An interesting (although almost impossible exercise) would be to see how two different people interpreted the same material for the screen.

But screenwriting – as an art-form, (even if lots of Hollywood movies today are about as far removed from art, and form that matter, as possible) – is an exacting taskmaster where you’re required to work within strict and (in some regards) restrictive parameters.

A great example of the differences is introspection. In a book, your character can think about what’s happened. Back-story can be introduced simply by memory. In fact, sometimes writers get carried away with the freedom to digress and provide all the information required to arm the reader with as much knowledge as they need to navigate their way through the story.

How do you communicate the same information in a film? The easiest answer is voiceover. A voiceover allows a character to tell the viewer everything they need to know. An alternative is a text crawl, e.g. think of the Star Wars franchise, and how the stories are set up by the scrolling text at the beginning of each film. But these are almost cop-outs. Narration is descried in screenwriting, while a text crawl – ironically – relies on providing information the same way a book would.

Whilst an adaptation can remain faithful in many ways, in others logistically it’s impossible. Some adaptations suffer from a failure of translation. Others excel. Some (few) are better, belying the catchcry of, ‘The book’s always better.’ Probably most of the of the time. But not always.

Think about something you’ve written (or are writing), and how it would work as a film. Given the opportunity, how would you translate it? A conversation between two or more characters that unfolds over ten pages might be captivating in a book, but ask an audience to sit through ten (or even five) minutes of conversation, and most are likely to switch off.

How about a scene where your protagonist breaks up with their partner and stays heartbroken in bed for two weeks? In a book, you can accomplish this in a couple of sentences. But how would you relay the same information (and same passage of time) in film?

Adaptation is an interesting exercise, and can actually help develop your filter for tight writing.