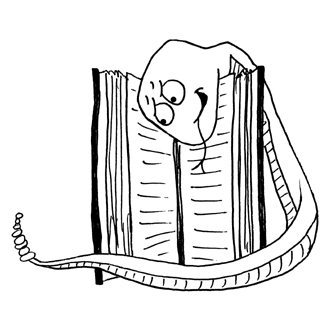 On my first morning, I set down my mug of tea and slid onto a wooden seat at a long editorial table for my first meeting with Les. Even though we had never met I felt I knew him – in a way. After reading blog posts, short stories and his editorials in [untitled], it seemed as though Les and I had been having a meandering conversation for almost a year.

It took a few seconds for reality to reorient while I was sitting there, for the solid facts of perception to overlay my mental conjurations, before the man in the brown hoodie seated casually across from me replaced the phantasm I had known for so long. Even so, the real conversation we were having about editorial issues took on a slightly unreal aspect.

‘We spend a lot of time working with authors and editing the manuscripts before they reach a publishable standard,’ Les was saying. ‘Even very established authors have to be edited.’ He caught my eye as he said, ‘But it’s essential, when you are editing, to respect the author’s voice.’

Later that night when I was tucked up at home, I thought I might take another look at the blog on ‘voice’ Les posted earlier this year: ‘When I’m reading a story, I hear the narration in my head. It’s not my actual voice I hear … It’s something distinctive to that author.’

In accord with Les, The Elements of Style by Strunk and White refers to voice as, ‘The sound the writer’s words make on paper.’1 In some ways though, voice is a slippery beastie. It is, at once, the trace of the author whispering to the reader; while, at the same time, it coils and twines and weaves itself through the imagination, forming images that subtly reflect the interior world of the reader. Even the disposition of the commas and full stops contribute to the pulse and rhythm and subtly influence the way the author’s words appeal to the reader’s emotions.

While it might not be possible to separate the author’s voice from our own imaginings, I wonder whether the disembodied voice that weaves itself through the writing is not in some way closer to the real essence of the writer; that rigours of thought might reveal deeper layers of self. Historical novelist Leon Uris said of voice, ‘… you cannot lie to your typewriter. Sooner or later you must reveal your true self in your pages.’2

From an editing perspective, preserving voice is a daunting task. Our language has certain mechanical constraints, and beyond that it is all the fragile music of the author. Alternately, when author and reader meet in the crucible of their imaginings, two minds link in a communion that elides the immensity of time and space. As a reader I can curl up in a comfy nook with the intimate thoughts of writers from Aristotle to Blaise, Les, the gifted and inventive contributors to [untitled] and all the writers betwixt and between.