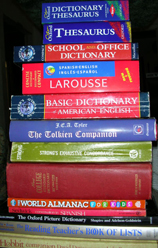 It is undeniable that the English language is often illogical and difficult to learn. It is a messy jumble of words borrowed and evolved from a huge assortment of other languages, both living and dead, and yet I love it. The confusing nature of our language, however, has sparked an increasingly relevant debate about whether we should preserve the English language (and its many eccentricities) or follow a more logical approach and move to phonetic spelling.

The people in favour of phonetics (such as Peter Whitmore) argue that introducing phonetic spelling would improve literacy rates since it follows more logical rules, linking spelling and pronunciation and making it easier to learn. Nonetheless, I see this as a lazy approach; rather than devoting more time and effort into ensuring our students know how to properly read and write, they want to instead lower the standard of what it means to be literate. Should we give up and allow ‘definitely’ to be spelled ‘definately’ purely because it is commonly misspelled that way?

Furthermore, allowing our language to be dumbed down in this fashion means that we will lose a huge portion of our published history and linguistic heritage. Children taught to solely use phonetic spelling would be unable to simply pick up older literature such as Shakespeare and read it. Students already encounter difficulties when reading Shakespearean language – do we really want to widen that existing gap? Even if works were to be translated or ‘updated’ into phonetic English, they would almost certainly lose some of its subtleties. In addition, it would be logistically impossible to translate all published works, meaning we would be limiting our history and banishing those works into obscurity.

Moreover, choosing to use phonetic spelling does not eliminate communication difficulties and inconsistencies. Pronunciations vary according to a person’s geographical location and upbringing. Some people pronounce ‘Saturday’ as it’s written, others omit the ‘ur’ and say ‘Sat-day’ – how would this be spelt phonetically then? The same goes for other commonly mispronounced words like ‘library’ and ‘wheelbarrow.’ English would lose a lot of its precision and depth, too. Homophones (e.g. quay/key, sore/saw) would cease to exist, and when so many words share spellings and pronunciations, it seems inevitable that some would eventually fade into disuse.

The written language unifies the spoken language, which is no more apparent than in China; there are fifty-two officially recognised dialects, but only one official written language. I think it’s beautiful (not to mention really cool) that the written language can bring together people who would otherwise not be able to communicate.

I understand that languages evolve and change. We don’t want to end up clinging to a dead, static language that exists only because we won’t let it die. However, it is equally undesirable to devolve into an easy, ugly language simply because people do not know how to correctly spell ‘minuscule’ or ‘environment.’ I love my language the way it is, and it deserves better than that.