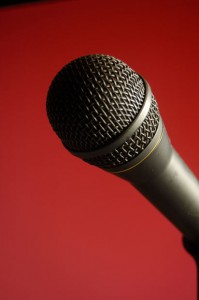 I’ve always been a writer. It’s just part of who I am. For the last few years, however, I’ve been so focused on training for a career in the publishing industry and searching for an entry-level job that I neglected my writing altogether. At the start of this year I realised that I was starting to suffer for it.

Without my creative outlet I was feeling restless and depressed. Needing to get back to writing, I went looking for new inspiration and found it when I attended my first Open Mic Night at Busybird. I just came to watch but was so impressed with the supportive atmosphere that I came away determined to get up and read some time soon.

I had a rough idea for a story but I basically had to start from scratch. I set myself to task and the first couple of weeks were great; I felt fresh and inspired and the story came along well. Then I hit the all too familiar wall. The point where I wanted to rip everything up and start again. I had succumbed to defeat at this point so many times before that I was sure that this story was also destined to join the unfinished pile of stories under my bed.

Yet another Open Mic Night went by and I still wasn’t finished. The doubt had well and truly set in. I was too out of practice. No one would get it anyway. The more I told myself, It’s not right yet, I’ll read next time, the more I knew that I wouldn’t. I gave myself an ultimatum: next time or never. At the eleventh hour I had a breakthrough and finished the story in no time at all. I was ecstatic but I still had to get up and read it.

I was quite nervous at first because I’d never read my work in front of an audience before, but I knew that everyone wanted me to succeed. Blaise called me up and I started reading, my hands shaking just a little. Soon I was so caught up in the story that I forgot my nerves altogether. I had a captive audience and it felt wonderful. Why hadn’t I done this sooner?