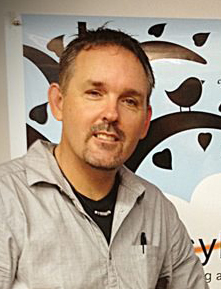 Kev Howlett is the creative artist behind all of Busybird Publishing’s projects. The covers of every issue of [untitled], Journey: Experiences with Breast Cancer, and the illustrator behind Who is a Cheeky Monkey? are all examples of his work. He also photographs and illustrates for Busybird clients, and his artwork will be seen in two children’s book (The Magnificent Climbing Tree by Trish Jowett and also a children’s travel series), which will be published later in the year.

Art’s something that has grown within Kev since he was a teenager. His work so impressed the art teacher at high school that she organised an interview without his knowing to Preston (Arts) College. From there, he studied Finished Arts, where he learned (amongst other things) about airbrushing, calligraphy, and ink – tools that began to arm him for a life of creating. Photography followed when one of Kev’s projects – a book full of pictures he’d taken – impressed his Finished Arts teacher so much he suggested Kev swap to photography. Upon seeing his work, the photography teacher agreed. It’s been a constant evolution, a journey through various industries – such as commercial photography – and then into Busybird Design, which eventually grew into Busybird Publishing. 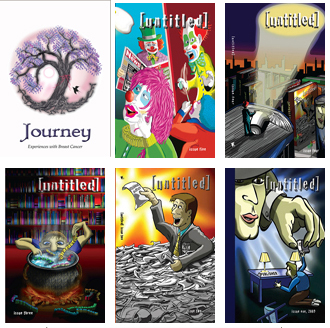 ‘Like most artists, you need a creative outlet,’ he says. ‘Art keeps me sane.’

He finds nothing better than being given the challenge of trying to realise somebody else’s vision. As a commercial photographer, he was given products to shoot and the mandate to make them compelling. Now, he’s assigned the brief behind the cover of each new Busybird endeavour. Or authors give him their stories, expecting him to interpret what’s in their heads and make it come alive on the page. Often, they won’t know exactly themselves, the understanding of their own intentions amorphous, if not unwieldy. So it’s up to him to find a medium. It’s a challenge he loves. 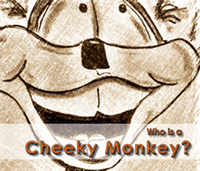 He approaches illustration similar to photography, searching for ways to frame shots, coming in from angles you wouldn’t expect – anything in an attempt to capture the life behind a shot, so that you might imagine beyond that frame you’re seeing that the images may come to life and bound away at any moment. He wants people to look at his artwork and not only marvel, but wonder, How did you find that out of that?

‘To me a good picture is trying to get something captured,’ he says, ‘to look at it in a way you normally wouldn’t look at it.’

‘Illustration’s different because you can bend the rules,’ he says. ‘There’s no right or wrong. You can draw an amazing stick figure. You can go on YouTube and see amazing flash videos of stick figures doing things. It’s more the story of what you’re trying to get across.’

The satisfaction in art comes not only out of realising what he sees in his mind’s eye – and being happy with his own work – but also pleasing a consumer or client, seeing them glow.

‘It’s satisfying when a client agrees with your vision, your interpretation, or what they’re trying to do,’ he says.

Whilst he’s held other jobs, he’s always found time to go off and do something creative, finding that no matter how tough the day, a couple of hours of creativity – whether it’s drawing, taking photographs, or playing guitar (another hobby) – is relaxing and can make the rest of the day go away.