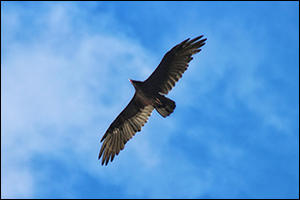 It’s not unusual to hear of actors who gain weight to play a larger character. Or for them to intensely research a role. Or that they won’t break character, even when not filming. More than just playing that part, they want to be that character. In that case, they’re not acting. They live the role. This is called ‘method acting’. Method actors believe this methodology makes their portrayal authentic.

Some writers do the same. If they write about a particular place, they go to that place. If they write about a topic, they throw themselves into research. Or they try to experience things firsthand. Author Tara Moss had herself choked out to unconsciousness to experience what it felt like. She’s also had herself set on fire (wearing a flame-resistant suit), shot firearms, spent time in morgues and courtrooms, and more.

We use our writing to reinterpret and make sense of our experiences, as well as the world around us. Even if the setting is fantastical, characters may go through similar things to ourselves. Like the method actor, it makes sense that, as writers, we try to broaden our range of experiences.

We don’t all have the luxury of best-selling authors, though. While we could all just go sit in a courtroom for a day, we don’t all have avenues to have ourselves set on fire in a safe, controlled environment. Best-selling author Sidney Sheldon used to fly to and eat in restaurants so he could write about them genuinely. It’s not something we can all afford.

But we can push ourselves out of our comfort zones by living life, which is the best way to develop our qualifications to write. And, as we live, we should observe. While we may be absorbing information through osmosis, we might not necessarily be examining what’s going on. We should break it down, examine it further, break it down more, examine it more, etc., to gain a deeper understanding of life, and the world around us.

We can also empathise. Most writers are already deeply empathetic – this is how we’re able to put ourselves in the heads of so many different characters and represent them genuinely. But a worthwhile exercise is watching/reading the news and, without judgement, putting ourselves in the heads of others. How would we feel in the same situation? Here, we need go beyond our instincts and programmed responses. It’s not about what we would do in the same situation; it’s about imagining and feeling how the other person feels.

And, finally, we can employ simple tricks to help put us in the right frame of mind when we write. Writing something sad? Listen to sad music. Watch a sad movie. Have a glass of wine and grow melancholy. Need our writing to pump with energy? Put on some upbeat music. Dance. Writing something angry? Dredge up memories of arguments. Hit a punching bag. Shout. There are lots of little tricks we can use to shift our focus into the mindset – and thus mood – of what we’re writing.

As writers, we can improve the technical side of our craft. But, remember, there’s also an emotional, intellectual, and spiritual side to improve also. 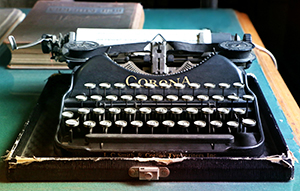