It’s tame to call wanting to write a ‘passion’. It’s a need. When left unattended, writers say that they feel uneasy, or agitated. From my own experience, when I haven’t written for a while I begin suffering hypnagogic hallucinations. When it isn’t expressed, the 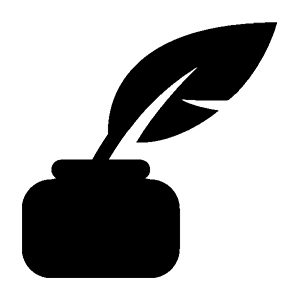 writer’s voice – that voice inside our heads that needs to be heard – clamours for attention like an unruly child.

Non-writers might scoff. Other writers will nod their heads.

The reality is we all have needs in life – those things we do for ourselves that help us cope, or make us feel good, or just give us a time-out. Think of the things you do. It might be watching a favourite program, pursuing a hobby, talking to a friend or family member, exercise, or meditation – well, it could be anything.

We all have that something.

That’s a common misconception: writers are rich. We think this way because when we think of authors, we think of bestselling authors. Nobody thinks about Joe Blow or Jane Smith, but they do think of Stephen King, Jodi Picoult, JK Rowling, Lee Child, Di Morrissey, etc., because they occupy public awareness. They are household names.
illl
This creates a weird juxtaposition: non-writers see the effort writers put in and don’t understand why they do it when they’re battling up a hill of frustration and trudging after the unrealistic dream of becoming the next Stephen King – a dream that is as likely as winning lotto. So why do it? Why write? Why waste the time? There’s rarely going to be any great material reward.

Because it’s not about that – not for anybody but the most inexperienced (and naïve) who believe they’re have a guaranteed bestseller. (That’s not to say it won’t happen – just that the chances are slim). For most writers, writing is about just that: the writing. The need becomes as synonymous to everyday life as eating, showering, and sleeping. It has to be done because that’s part of who the writer is. If we condemn the writer for writing, we might as well condemn the non-writer for their interests.

It becomes the illicit love, engaging the writer in a form of adultery – the writer thinks about it constantly, and sneaks away from their partner to be with the need so they can do their thing. I think this is why it can grow threatening, and why non-writers can become dismissive of writing as a pursuit, or possessive of the time the writer would spend writing. They’re trying to reclaim their partner as exclusively theirs.

In lots of our workshops we often encounter people who are coming belatedly to writing because life’s gotten in the way. But they’ve always wanted to write. That need has remained alive over the years (if not decades). This shows that writing wasn’t some passing interest or piffling hobby. It would be curious to examine if not writing has created any dissatisfaction in the writer that’s affected their relationship(s).

To the non-writers, this blog has to be kept in perspective. Nobody is expecting the non-writer to work two jobs, take care of the household, and undertake most of the responsibilities so the writer can sit in their den all day and work on their writing.

It’s just about trying to understand why the writer’s writes.

And supporting them, because the need to write is who they are.