It’s Not a Marathon

We are writers. So what does that mean?

We write. Simple at that, really.

There can be a lot of build-up around ‘being a writer’ – it’s mostly harmless validation, if maybe a touch self-aggrandising at times. All the descriptor really means is that we define ourselves by creating content – by writing.

That’s easy to say. And it’s damn easy for us to advise you to ‘just write’ as a tell-all answer to every woe we have. Because prolificacy is a greater expectation now. Regular, reliable content: it’s the philosophy of the Information Age, a world where blogs need regular updates and ‘filler content’ is big business. Writers are under greater pressure to stay relevant – and, though some of you may dry-reach at the mere mention of the word, marketable.

Talking about ‘staying productive’ just sounds awful, like you’re forever running the hamster wheel. But it’s easy to get burned out, even when you’re doing what you love. Hopefully some of the advice given here can help prevent that burnout from happening and keep you produ—erm, passionate.

Writer’s block is as real as you allow it to be. I’ve spoken about this before. It’s often treated like a massive affliction, when it’s just a hiccup. Pounding your way through the Google search results for ‘curing writer’s block’ may seem like a good idea, but it’s also validating its existence as some kind of issue you can’t resolve. You can. Just relax and break everything down. It may not be instantaneous, but you’ll find your way through.

Let other people in. Sometimes it’s easy, sometimes it’s the last thing in the world you may want to subject yourself to. How you include other people in your life as a writer is entirely up to you – I’ve known people who have superstitions about discussing new work, or need to approach workshopping in a particular way – but whatever the case, just do it. The stereotype of the solitary writer may be popular, but it’s not exactly healthy.

Mix it up. Sometimes it’s just deadening to write the same stuff over and over again, to go through the same tasks without any apparent end. Even if it’s something you enjoy, variety is blah-blah you-know-the-rest. Jump across genres if you’re a fiction writer. Experiment with new ways to lay out your arguments or facts if you’re a columnist. Even a small sidestep can feel invigorating every once in a while.

Your routine needs both on and off time. It’s common to say that you need to block certain times of each day for writing. But never forget that you need time to just step away from the computer or notebook and, for the love of all that is sacred, do anything else. Have your modules of time for writing, but pad it out a little. No one expects you to run a marathon every single day. Which leads to the next point:

Sometimes, god damn it, you just need a break. Don’t beat yourself up for needing a breather. I know you do it. I do it. Everyone seems to do it nowadays. Leisure isn’t so much a guilty pleasure for many people as much as it’s simply a guilt-trip waiting to happen. Just treat it as leisure. Stop yourself from Facebooking about it beforehand or afterwards – that’s part of the negative process even if you dress it up as a joke. Take the break and enjoy it. That’s it. Then you’re back in the game, no regrets and no extra baggage.

When there are big projects like a novel you’re trying to power through, or just general freelancing, it can be hard to keep perspective. Never forget how important it is to keep that balance and keep yourself fresh. Keep looking after yourself. 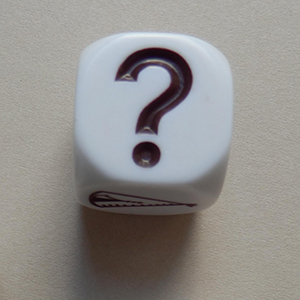