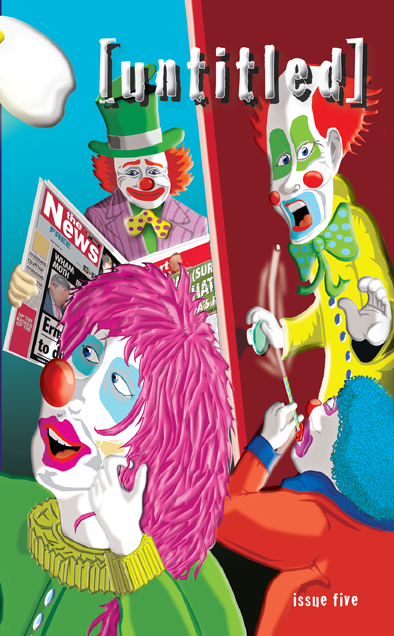 It’s this nice quiet time of year when the Christmas silly season is over and there is a bit of down time to give to your writing. So why not dust off some of those stories you’ve been working on, polish them up a bit and sent them in to our [untitled] short story competition.

Here’s some things to think about sending us your writing a short story(s):

Is the story engaging?

Have you proof read it to make sure it reads well?

Have you checked the submission guidelines to make sure you tick all the requirements?

On the Twelfth Day pre-Christmas, this author said to me … (Abriana Jette)

Nearly two weeks worth of reflections later and here we are, on Christmas Eve. The last reflection here is from NYC-based poet Abriana Jette, on her poem ‘If You See Something, Say Something’.

Happy Holidays, everyone! Stay safe and happy this Christmas and you’ll hear from me again soon enough.

The motto of New York City’s Transit Authority is meant to serve  as a warning: don’t assume the package was left beneath the seat on accident; stay aware of your surroundings; if you see something, say something. I took the sound advice seriously, I said what I saw.

The miraculous aspect of a late night Coney Island bound Q-train ride is its blending of the ordinary with the extraordinary, the real tangled with the fantastic. The nun, lost in her own melody, became my source of vulnerability, I wanted her presence to be felt like a soft hum; I wanted her faith to be contagious. The decision to end the poem on a ‘Shh’ was a risk, the hush contradictory to the city’s appeal, but for locals, for us everyday commuters, a quiet train ride can often be a soothing source of calm, of peace.

‘If You See Something, Say Something’ is what I believe to be a found poem, meaning I got on the train, sat down, looked around, and found poetry.

Born and raised in Brooklyn, New York, Abriana Jette earned an M.F.A. from Boston University, and an M.A. from Hofstra University. She is a poet and educator, splitting her time between teaching at the College of Staten and Island and the Borough of Manhattan Community College, and finishing her first collection of poetry, Pink Houses.

On the Eleventh Day pre-Christmas, this author said to me … (Marian Spires)

Close to the end now – for both the reflections and for the Christmas rush. So I think out of sympathy for all of those run ragged from Christmas shopping, here a nice short reflection with plenty of imagery – it’s Marian Spires on her poem ‘mnemonic of love’.

A mnemonic is a device to assist memory. What do we know of love? How do we recall it once it as gone? This poem acts as a list of encounters that may or may not be opportunities for finding love. It is an act of remembering, of trying to make sense of these experiences. The form of the poem is chosen to reflect these fragmented memories with gaps, silences and plenty of white space. While there is an acceptance of the inevitability of loss in this piece, there still remains a yearning for connection, beyond the physical, through language.

Marian Spires (www.marianspires.com) is a poet, writer and teacher exploring the internal landscapes of personal and cultural myths with concrete language. She has performed her poetry on radio, television, at festivals and featured at poetry events. Her verse novella, Knowing Vincent (2010, Picaro Press), re-imagines Vincent van Gogh through the perspective of the women in his life.

On the Tenth Day pre-Christmas, this author said to me … (Broede Carmody)

So, we’re still alive until the next Doomsday prediction. You know what that means – more reflections!

Only three to go. This one is from Broede Carmody, on his poem ‘Waterbed’.

For me, poetry is about wrestling with the inertia of words. It’s about blood-beat. Building up, stripping down, making layers. Falling through yourself and coming out the other side.

For this reason the first drafts of my poems are clumsy, like sleepwalking. I keep multiple notebooks and my poems often grow out of a single line that I’ve jotted down and forgotten about for a while.

‘Waterbed’ was no different. The poem stemmed from the line ‘Ocean spray vodka against your skin’. I often write about nature, particularly water and sky, so the sea seemed like a logical setting as this is where these two elements combine most vividly. Perhaps I write about the ocean so much because I lived so far away from it as a kid.

The last stanza is a reference to Steph Bowe’s Girl Saves Boy. I reread the book just before writing the poem and one of the protagonists, Sacha, steals garden gnomes. I love how everyone has their own little quirks and habits – and for some reason I felt it necessary to build this into the poem.

Broede Carmody is currently the poetry editor at Voiceworks magazine.

On the Eve of Mayan Doomsday, this author said to me … (Petr Malapanis)

On course an alternative would be to call this the Ninth Day pre-Christmas. A Christmas which may never come as of 10pm this evening (from Melbourne’s time zone, anyway).

At least the Mayans saved me some Christmas shopping.

The next (and perhaps last) reflection comes from Petr Malapanis, on his poem ‘Suck This’.

Writing this particular piece has opened up a whole other world of material to draw from. It was only when I started playing with the idea of writing in another voice that I thought I might visit hitherto unexplored terrain and it became clear in the planning and editing of this piece, that all that hasn’t actually happened, but can be imagined,is fair game too. Sometimes it is a single image or a sliver of an image, a half remembered smell or echo of a feeling that informs the whole piece.

The ability to bring to life such a personal and private moment in a way that I believe most women can relate to started with just such an echo; the discomfort of kneeling for too long, and noticing your sore knees when you are meant to be lost in the moment.

Petr Malapanis is a Greek-Australian writer with work published in anthologies including Set Free, Motherlode, Reflecting on Melbourne and Southern Sun, Aegean Light, as well as online.