The Importance of Being Edited.

Ernest Hemingway once said, ‘The first draft of anything is shit.’

Having spent the last two years studying writing and editing, I’ve come to understand how true this is. Still, I am shocked by how often authors think their work is beyond improvement. Whatever the issue, many writers have a big problem with editing, an essential part of the writing process.

Maybe it’s the word ‘edit’; perhaps it conjures the image of some failed writer hacking at your manuscript with an axe. (I don’t think all editors are failed writers, I just needed a relevant stereotype to make my point.) If only we could use a different, friendlier word to make this bitter pill easier to swallow.

I just typed the word ‘edit’ into a Word document and right-clicked on it.  Among others, these synonyms popped up:

As far as myself and the good folks at Microsoft Office are concerned, these are all acceptable synonyms.  My point is, if it helps, call it something else, whatever helps to make editing seem less scary. We should all approach it with the right attitude, though – that is to say, an attitude akin to Mr Hemingway’s.

I’m not scared of being edited. The last short story I wrote was read, dissected, deconstructed, reassembled and finalised by no less than six people, including myself. I haven’t always approached writing this way. I was once naive enough to believe that stories were either written or they weren’t. I stopped writing countless pieces simply because they never spilled out of my pen already filled with brilliant prose and memorable characters.

It never occurred to me that storytelling requires work.

If you’ve ever been excited by a story idea, you owe it to yourself to wring as much potential out of it as you can. And as much as you want it to be true, a story is not finished the moment you write your closing line. It will only happen after many hours of labouring over it, getting a second, third – sometimes twelfth – opinion, and pressing on, in spite of how frustrated or disheartened the process makes you.

Just finalising a story is a huge achievement. (I use the term ‘finalise’ because I wholeheartedly believe I can tinker with the same story until death do us part.) But the next step is not to send it to every suitable competition with an open submission window. The next step is to send it to someone you trust, to ask for feedback and know that constructive criticism is invaluable.

Praise alone is nice, but not necessarily helpful. (Do not ask someone to edit your work who feels obligated to say, ‘IT’S AMAZING!’, even if you’ve just presented them with a shopping list scrawled on a used napkin.) If you can, have a discussion about the piece with your editor. Have several discussions. Buy your editor a cup of tea, (editors really like tea). The more you understand about what works and what doesn’t, the easier it will be to proceed.

Next is the harrowing task of determining what will stay and what will go, what needs subtle adjustment and what needs a complete overhaul. Draft Two should take a long time. Accept this from the beginning and you will find the process becomes distinctly less painful. Remind yourself that hard work is character-building … or something.

At this point you are either ready to collapse from exhaustion or encouraged by the progress you’ve made. You’ve realised you don’t need nearly as many adverbs as you thought. You’ve managed to include a semicolon somewhere; it’s exciting, right? This draft reads more smoothly, and that pesky sentence on page three has been eliminated.

Is it finished now, you ask? If you’ve only had to move a few commas around, then sure! (Having said that, you should still send it to someone to proofread; as much as Word is good for some things, spellcheck is not one of them.)

If you’ve done some serious overhauling, though, there is more work ahead. Think about it: you’ve incorporated a lot of ideas, made minimal to drastic changes and the story is much better – but it’s also different. It needs to be edited again. This time you send it to someone else. Fresh eyes for a freshened story.

After countless man-hours, you are convinced this is as good as your writing is going to get. Now you’re ready to unleash your story upon the world. Not because it’s so stupendously great you’ve gone ahead and spent the prize money – before you’ve earned it – on that pair of shoes you’ve been eyeballing. You’re ready because you’ve done everything you possibly can to present the version of your idea you deem the best.

Time to get to work before the next submission window opens … 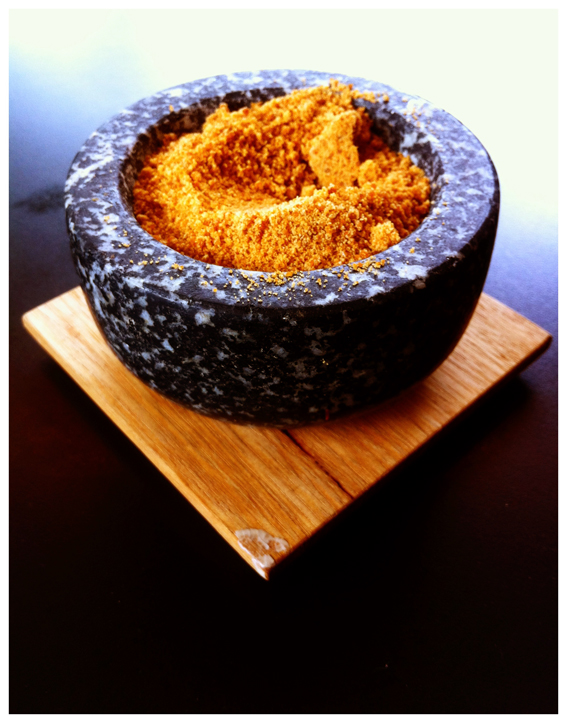 No matter how you tell a story, the structure is very important. Of course, there are always exceptions to the rules but for the most part you will engage a person if you can give them great details that draws them in.

Even the simplest story, like the one here of the sugar bowl, can create interest. You need to create a sensory feeling with your light and angles so that the viewer is drawn into the picture and is tempted to linger on it for more than a fleeting second.

So what helps create good structure in imagery? Two most important elements are lighting and angle. Have a think about what this might look at if it was taken straight on. Because of the 45 degree angle on the board, the eye is drawn in from the bottom and up to the sugar bowl. The angled light shows texture in the grains of the sugar, allowing the viewer to almost feel the texture.

Like any good story, whether written or illustrated,  light and shade make for interesting imagery. Try to think of all the senses and incorporate more than one of them into your work.

‘This is good coffee.’

I hear this or a similar sentiment, everytime I stop in at a café (be it from someone at my own table, a stranger conversing with friends, or Al Pacino shouting at me through a Vittoria advertisement). I have no problem with the statement itself, but I do take exception to the way it has evolved to carry no real human opinion. It’s said purely out of habit. It has joined the ranks of ‘How are you doing?’ and ‘Good to see you.’

The person making the declaration doesn’t know that said coffee is good. A lot of the time the cappuccino in question is lost beneath a layer of confectionary chocolate and carries the stench of burnt milk. This coffee is not good. But my problem isn’t even that the judgement is underqualified. It’s that the speaker hasn’t truly evaluated the coffee – they haven’t tasted their caramel latte and ranked it against every other caramel latte they’ve had in the last month of regular brunches. They have simply said ‘This is good coffee’ for the sake of saying it. They believe these four words let those in their company know that they 1) drink coffee regularly, and, 2) have some level of expertise in the understanding of coffee.

Reading is a hobby older than most. We all have favourite authors and favourite books. Some of us may be in workshopping groups, comparing our prose with other writers; others may attend a book club regularly, discussing the pros and cons of published works.

Yet, so often, when discussing a book or short story with someone they pour their sentiments into exclamations such as ‘It was boring’, or ‘Nothing happened.’

If this is one of your main passions in life you need to have more to offer than ‘Nothing happened.’ If you pay a repairman to have a look at your broken dishwasher and all he says is ‘It’s broken’, you’re going to feel a little disappointed, and rightly so.

‘I’m entitled to my opinion.’ It’s well worn, and it’s true. But it needs a qualifier: everyone is entitled to an educated opinion. If you have a strong, aggressive stance on an issue without spending time to understand it you’re not proving you’re intelligent. All you’re proving is that you’re an opinionated arsehole.

Writers are storytellers, and they employ an unfathomable range of tricks to tell their stories. That’s what makes the best writers stand out from the plethora of published authors out there. David Foster Wallace could turn a story about buying milk into the most hilarious anecdote imaginable; the lonely, old woman who runs the milk bar would absolutely butcher To Kill a Mockingbird given the chance.

The only time you can get away with summarising a story by saying ‘Nothing happened’ is if you’re talking about a Nicholson Baker novella or a Samuel Beckett play.

If you really didn’t enjoy a book spend some time thinking about why that is. There are so many reasons a piece of literature might not appeal to you. And not just because ‘It’s boring’; maybe because the pace was too slow to maintain your interest, or that you couldn’t connect with any of the characters’ morals or sympathise with their predicaments. Was there too much telling and not enough showing? (Be careful with this one; it’s a problem that’s all too common, but the statement itself is almost as bad as ‘This is good coffee.’)

If the vocabulary used in a book is beyond you, or if a stream-of-consciousness style proves too confusing to follow, say so. There’s no shame in it. Don’t flag someone’s work as boring because it didn’t cater to you as an individual.

It works the other way as well. If you enjoyed a novel spend some time trying to understand why. Was there a sensibility in the protagonist’s decision making that really appealed to you? Or perhaps it was just the author’s use of language: their error free construction of clauses, conjunctions and semicolons really rocked your boat.

Don’t just read a book to tick it off a list. You can read one hundred books in a year, but if you don’t spend the time to enjoy or understand them, what’s the point? What have you achieved?

We understand coffee; why not prose?