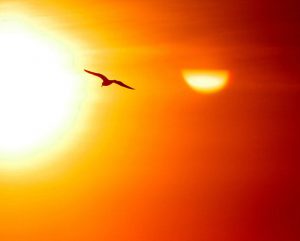 This is the final Busybird blog for the year! Busybird will be closing from 5.00pm Friday, 18th December, and reopening 9.00am, Monday, 4 January 2016.

Just like that the sun is setting on 2015, and it’s about now that we get contemplative. How did we fare this year?

At the start of any new year, we’re just about always optimistic. Even if we’re coming off a shocking year (or perhaps especially when we’re coming off a shocking year), we think, This year will be better. Or perhaps we’ve been waiting for a break in our lives, either personally or professionally. Then it’s case of, This year will be the one. Or you might have specific resolutions to quit smoking (always a popular one), to get healthier, to find love, etc., that are meant to start with the new year.

But the reality is nobody really knows how things will turn out. You can plan, you can think positively and/or constructively, you can try to action it into reality, or you can just wish it upon a falling star, but who knows what life has in store for you?

Health’s fragile, the world grows ever-more violent, and – perhaps most insidiously (although some may disagree) – our lives have become so frenetic, that we don’t always appreciate what’s right in front of us, instead focusing on what we don’t have, rather than enjoying and cherishing what we do have.

So as 2015 comes to a close, it’s great to look forward. Plan for the future. Aim high. Lift those aspirations and strive for greatness – whatever your particular greatness might be. Don’t hold back. Keep life in perspective, stay realistic, but nurture those dreams, because while some may consider them a whimsy or a luxury, dreams are our lifeblood. Without them, what is life, but just something we navigate?

Most of all, though, and arguably most important, don’t be afraid to slow down. Your life might be hectic. That might be all you know, and you might claim you just don’t know how to stop. Maybe that’s true. But that sort of frenzy is unhealthy – not only for ourselves (physically, intellectually, emotionally, and spiritually), but in regards to how it impacts every facet of our lives, whether it’s our relationships, our work, or our outlook.

Learn to pause. Force yourself to take a respite every now and then. Insist it of yourself.

And remember what matters most.

If you search deep within yourself, you’ll know what that is.

From everybody at Busybird Publishing, we wish you a Merry Christmas, and a Happy, Healthy, and Prosperous New Year. 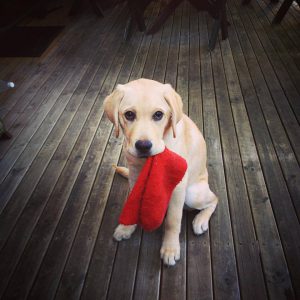 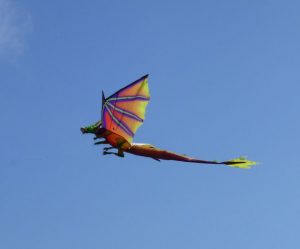 Why are blogs so hard to write? 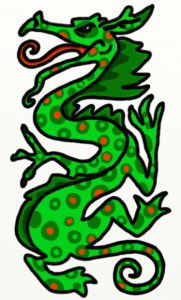 Part I
As an aspect of our internship at Busybird, we are supposed to write three blogs a year, but I am lucky if I post even one. We have been told that the writing can be less than beautiful, and we are free to write about almost anything related to the process of writing or editing, so what is my problem? Why can’t I write one of these things?

Every now and then, in a fit of enthusiasm I work up an idea (sometimes several) and sketch out a set of notes. And then … Nothing. My idea goes into the folder with all the other fabulous things I have never written. And never will – unless I can find out why I can’t write these things.

Through good writing and bad, light winds and toad stranglers, horrible writing and worse, I post a 500 word tutorial response every single week when I am studying. Heck, I once wrote 500 words on the pleasures of junk mail. Well, it is pleasurable for the snails that hang out in my letterbox. They love to gobble up a bargain. Pizza, soft furnishings, washing powder, they tuck into the lot. Keeps them satiated so they don’t go out and … There I go again!

What is so different about this? Although the difficulty of writing is a part of its messy charm (and I’m sure I do it wrong), I should be able to write a blog. In theory.

But in practice? Well, that’s another thing. Was that the washing machine yodelling? And, some toast might be nice … See what I mean? And toast always wins; especially, if hot peanut butter is involved. But these shameless diversions, when I should be tucked up at my desk writing, are only little dragons.

In her book, Writing Without a Parachute: The Art of Freefall, Barbara Turner-Vesselago describes the fears that skulk around the perimeters of our consciousness as dragons. And she advocates turning around to look at them … to see what these things are that sneak up and whisper bad things, muttering and chattering in voices so subtle that they seep beneath our consciousness. Their sulphurous murmurs wither our ideas and poison our writing before it ever reaches the page. While there are many dragons, as many as there are reasons not to write, when I turn my head I see a legion of the brutes.

The Dragon of Writing Badly is a nasty specimen. Even now I can feel its stumpy legs wrapped around me and its long claws digging in, and I am utterly intimidated (despite knowing that it’s okay to write badly). Everyone does it. Yes, even you over there in the far corner, hunched over your computer screen sneering at every word. I know your first drafts are real stinkers.

One way I’ve found to wriggle out of this dragon’s scaly grip is to try to imagine a less forbidding critic. Instead of the stern-eyed parent, the monstrous teacher with a red pen and a twitchy ruler, the jeering bullies at the back of the classroom or the unattainable role model, perhaps you might write your piece as you would to your best friend. Or, you might write to your dog, your cat (Miss Mittens purrs whenever she delivers a critique), the possum on your windowsill, or the boy next door – even, the one you yearn for in the night when the doona is snugly pulled around you (I’m writing to a cute boy from my misspent past. No, not that one – the boy I used to trade insults with).

Actually, I don’t know if this is just me, but it is so much easier to write when I am supposed to be doing something else. Especially, if that something else is something I know I should do, but don’t want to. Like my taxes, or getting ready for work. Writing, for me, seems to have a tantalisingly perverse element; it so much more blissful if I absolutely, unquestionably and unequivocally should not be doing it. And, those stolen moments are utterly dragon free.

Next time: the most unlikely, sneakiest, worst dragon of them all.